An armed man was arrested after a five-hour armed standoff with D.C. police Thursday evening.

The standoff started around 3:30 p.m. on the intersection of Michigan Avenue near Webster Street in Northeast D.C.

District 5D Watch Commander officer Brian Brown said the man crashed his van. As D.C. Fire arrived at the scene, the man — armed with a hand-gun — refused to leave his vehicle.

A SWAT team was called around 4:30 p.m. and negotiated with the man for four hours.

At around 8:45 p.m., the man left his car peacefully and was arrested by police.

No one was hurt in the crash and during the standoff.

Below is a map where the standoff took place: 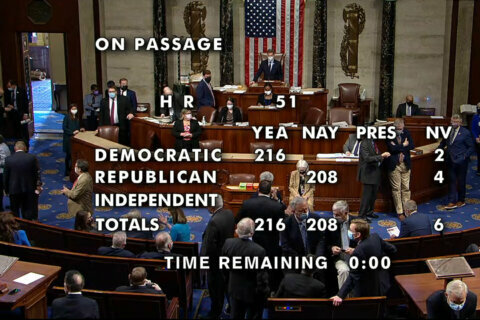