Holidays: Best holiday plants | DIY holiday villages | Healthy meals you can make in minutes | Gifting on a budget | Send in photos of decorations
Home » Washington, DC News » 'It was impossible not…

‘It was impossible not to love her’: Former WJLA anchor and reporter Greta Kreuz dead following lung cancer battle

"Greta's light was just brilliant. The force of it hit you full on. Totally beautiful. And inescapable. It was impossible not to love her," said WTOP Afternoon Anchor Hillary Howard, who briefly worked with Kreuz at WJLA.
Listen now to WTOP News WTOP.com | Alexa | Google Home | WTOP App | 103.5 FM
(1/3) 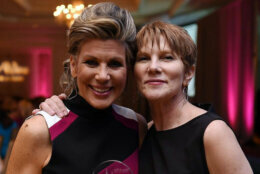 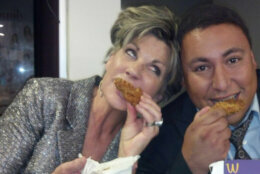 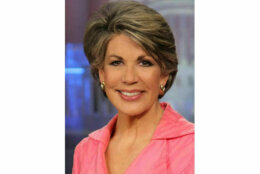 Greta Kreuz, a longtime anchor and reporter at D.C.’s ABC affiliate, WJLA, has died after fighting lung cancer since being diagnosed in 2012, according to the station.

The station said Kreuz passed away Saturday in the District.

“I never smoked. I was in good health, I was relatively young, it was the last thing in the world I expected to hear, ‘you have lung cancer,'” Kreuz told WJLA’s Alison Starling in a 2019 interview.

“Greta’s light was just brilliant. The force of it hit you full on. Totally beautiful. And inescapable. It was impossible not to love her,” said WTOP Afternoon Anchor Hillary Howard, who briefly worked with Kreuz at WJLA.

John Gonzalez, a WJLA reporter, said their friendship “goes back more than 20 years,” and called her a consummate professional who “always found a way to have fun and make us smile.”

The station said she volunteered with Lungevity, a lung cancer research organization.

She began her career in journalism as a newspaper reporter and photographer in the Chicago area, before working in radio at a pair of stations in Stroudsburg, Pennsylvania, according to WJLA.