The FBI and the Bureau of Alcohol, Tobacco and Firearms have put up an increased reward for information that could help identify a suspect who placed pipe bombs in D.C. on Jan. 6.

As a violent mob of former President Donald Trump’s supporters stormed the U.S. Capitol, a suspect placed two sets of pipe bombs outside the headquarters for the Democratic National Committee and the Republican National Committee in the Capitol Hill neighborhood of D.C.

Authorities were able to clear the devices without incident.

Security cameras in the area captured images of a potential suspect wearing a grey hoodie, gloves, a face mask and carrying a bag.

The FBI had offered a $50,000 reward for information that could lead to an arrest, and the ATF said they would provide an additional $25,000.

Images of the suspect can be seen below: 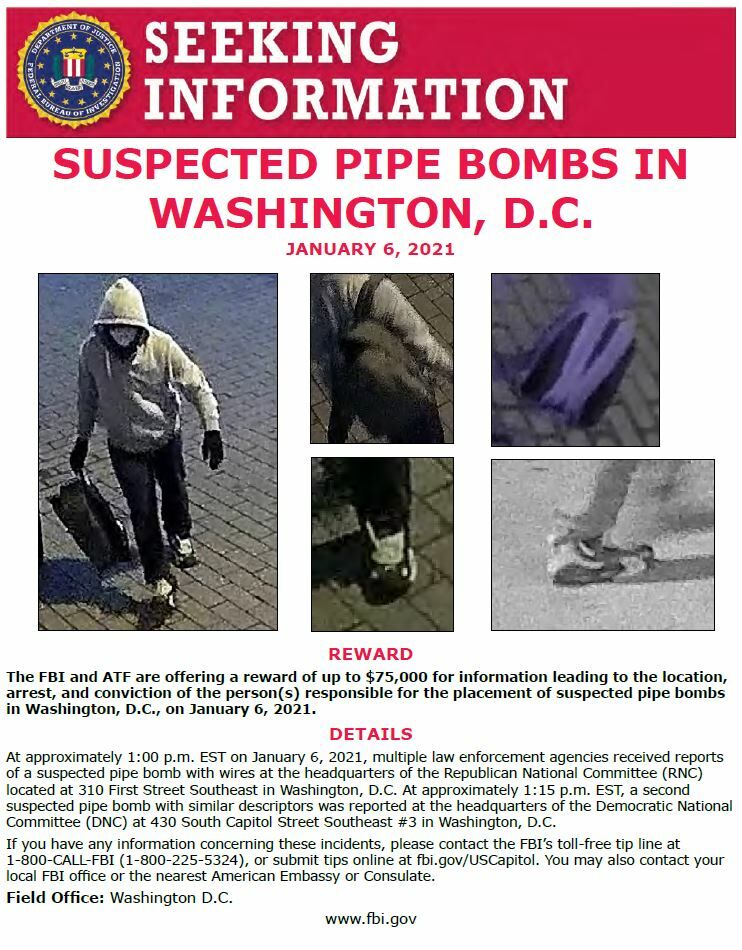