Protesters descended on a D.C. police station Tuesday evening, in connection with the Friday night death of a Black man on a moped. Here's what to know.
Listen now to WTOP News WTOP.com | Alexa | Google Home | WTOP App | 103.5 FM
(1/12) 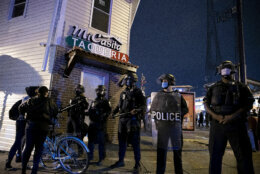 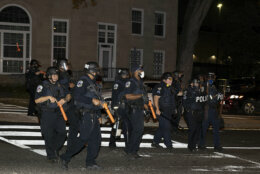 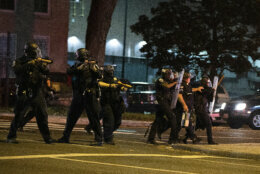 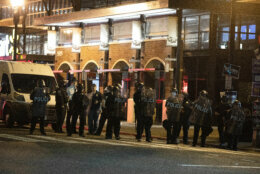 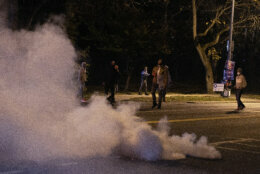 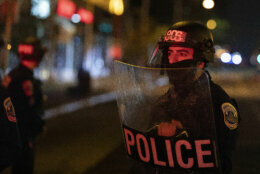 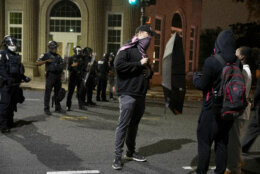 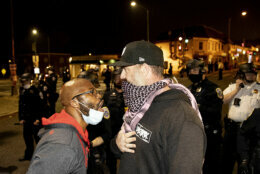 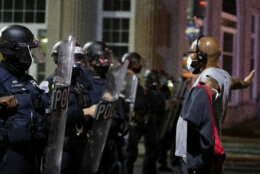 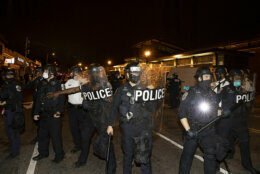 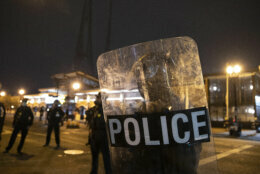 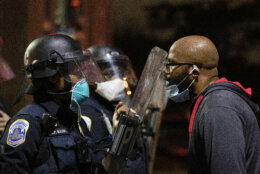 Protesters descended on a Northwest D.C. police station late Tuesday evening in outrage over the death of a Black man who was struck and killed riding an electric scooter.

Twenty-year-old D.C. native Karon Hylton-Brown died in a hospital after a motorist struck him while riding a scooter in Brightwood Park. Officers had reportedly pursued him because he was not wearing a helmet, leading Hylton’s family to accuse city police of precipitating the events that led to his death.

At a Tuesday evening call to protest outside the Metropolitan Police Department’s Fourth District station, Hylton’s parents voiced their anger: “I miss my baby. That’s my baby. You understand?” his mother told WTOP’s news partners at NBC Washington.

The situation turned volatile when a trash can was used to shatter one of the station’s windows, leading police in tactical gear to push the crowd away from the building into Georgia Avenue.

A D.C. police spokesman said rocks and brick were thrown at officers, resulting in four injuries evaluated as nonlife threatening. Police confirmed at least one arrest, but it is not clear what the charges were as of Wednesday morning.

We need all hands on deck @MayorBowser and @ChiefNewsham terror gang is literally at war with the community at 4D police station. They shooting teargas and rubber bullets @charlesallen #WeKeepUsSafe #BlackLivesMatter @wusa9 @fox5dc @nbcwashington pic.twitter.com/BXk9xF7S5r

Hylton’s death occurred in D.C.’s Brightwood Park neighborhood after 10 p.m. on Friday. According to a police account of the incident, he had exited an alley in the 700 block of Kennedy Street and “collided with a passenger vehicle.” He later died at a hospital.

His girlfriend and family told NBC4 they believe police were responsible for his death, and are calling for bodycam footage to be released.