As Election Day approaches, public records show there are already applications for large demonstrations on file with the National Park Service. But one of the largest groups said it is changing tactics and no longer plans to organize with permission.

With the aim to exercise what it called noncompliance and direct action, organizers of Shutdown D.C. told WTOP the group’s permit with the National Park Service to demonstrate on the grounds of the Washington Monument, at Freedom Plaza and Lafayette Park, among other federal locations, is “fairly irrelevant” in light of new demonstration plans.

There is no indication that any group planning a demonstration presents a threat to voting at the polls or is planning any violence.

Though plans to gather on the Mall are off, Shutdown D.C. still expects 10,000 people, as it indicated in its permit. It’s now calling for members of multiple groups to meet at Black Lives Matter Plaza on Election Day with plans to continue the event throughout the week.

“We are concerned like many people that (President Donald) Trump may try to steal this election,” said Kaela Bamberger with Shutdown D.C. “He’s given us a lot of evidence to indicate that he has no problem trying to confuse the results or prematurely declare victory. At Shutdown D.C., we’re preparing to be able to mobilize quickly in D.C. if he should attempt to do so.”

The group initially organized in 2019 in response to the call for climate change, and took part in global climate strikes in an effort to shut down traffic and block intersections in D.C. last year.

Bamberger said the group intends to make its voices heard if the democratic process is undermined.

“It’s one step beyond awareness building. It’s intended to be functionally disruptive to get in the way and make our voices count,” she said. “We obviously encourage everyone to vote, but if the democratic process is falling apart because of a despotic president, it may be necessary to take direct action.”

Another event planned around Election Day is by D.C. Action Lab, which describes its 1,000-person event in its National Park Service application as a “free speech demonstration against the election results.”

Both applications into the park service have not yet been approved, according to NPS spokesman Mike Litterst. 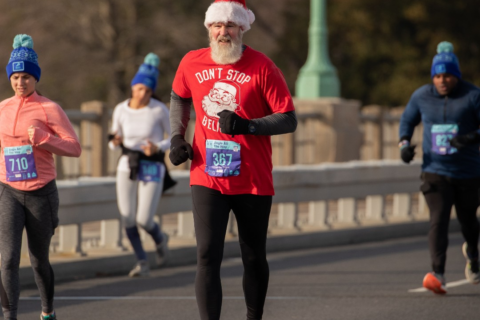