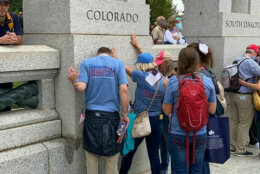 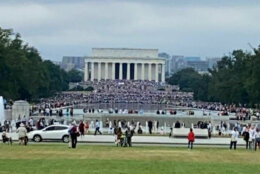 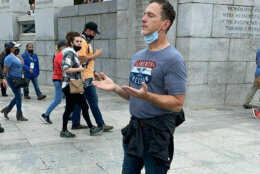 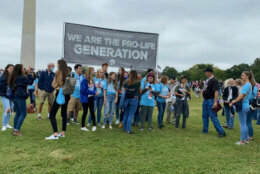 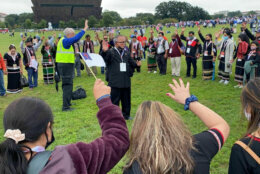 Thousands of people attended Franklin Graham’s ‘Prayer March,’ which went from the Lincoln Memorial to the Capitol Building on Saturday.

Graham is the son of the late evangelical Christian minister Billy Graham, who advised a number of U.S. Presidents, starting with Harry Truman in the 1940s all the way through Barack Obama. Graham died in February, 2018.

Franklin Graham’s march template asked those who attended, to walk from point to point along the National Mall and either silently, or out loud, “pray over America in this crucial time in our country’s history.”

The prayer march included the following prayer points, among others:

The event organizers said it was not a political mobilization, and asked those who attended to refrain from bringing or wearing political signs or showing support for one candidate or party.

That being said, opening prayers were offered by Vice President Mike Pence and his wife Karen, at the first stop, the Lincoln Memorial. The march then made its way east along the National Mall, with each stop having a particular focus.

For example, at the World War II Memorial, those praying were asked to think about military, police and law enforcement. With a view from the north side of the Washington Monument to the White House, those in attendance were asked to consider the occupants of the White House. As the march crossed the street and stopped near the Smithsonian’s National Museum of African American History and Culture, marchers were asked to pray for “national reconciliation.”

Graham’s father, Billy, was known for his support of integration and denouncing segregation.

WTOP’s Joan Jones contributed to this report from Washington, D.C.