Residents in the Riggs Park and Edgewood communities in Northeast D.C. are still dealing with the aftermath from the Sept. 10 downpour, in which more than 2.2 inches of rain fell in 75 minutes.

Although not unprecedented, the heavy flooding overwhelmed the District’s sewer system, causing water and sewage to back up into basements as the water filled the sewer lines in the street.

Though it doesn’t help residents whose belongings were already fouled or destroyed in the flooding, the city’s water authority said two recently built tunnel systems are significantly improving flood control, lessening both severity and frequency. And a major construction project that is already underway would likely have prevented or minimized last week’s sewage flooding.

“The goal is to increase the capacity of the system,” said Kishia Powell, DC Water’s new chief operating officer. “The flooding that happened in the Edgewood community, we believe the Northeast Boundary Tunnel would mitigate that flooding.”

In the District, approximately one third of the city is served by a pre-1900 combined sewer system, which carries both sewage from toilets and stormwater in one piping system. During heavy rainfall, which overwhelms the system, a mixture of stormwater and sewage flows directly into D.C.’s rivers and creeks.

“The Northeast Boundary Tunnel Project is already under construction. It’s slated to be completed in 2023, and it should add about 90 million gallons of storage,” Powell said.

After a series of summer storms caused sewers to backup in the Bloomingdale and LeDroit Park neighborhoods in 2012, DC Water accelerated construction of the First Street Tunnel, which added 8 million gallons of combined sewage storage capacity.

In 2016, the Blue Plains Tunnel was completed, creating a 23-foot-diameter tunnel running below and adjacent to the Anacostia and Potomac rivers, carrying combined sewage overflow to the Blue Plains Wastewater Treatment Plant before it is released into the Potomac.

Since then, the Anacostia River Tunnel Project, extending from near RFK Stadium in Northeast D.C. to Poplar Point in Southeast, was connected with the Blue Plains Tunnel.

Powell said the heavy amount of rain last week caused the First Street and the Anacostia tunnels to quickly fill to capacity. These facilities include deep shafts that range from 20 to 60 feet wide, and large concrete structures to capture raw sewage and keep it from being washed into rivers.

In addition to the ongoing Northeast Boundary Tunnel Project, the Potomac River Tunnel will capture combined sewer overflows from Georgetown and western portions of the District and transport it to Blue Plains. Still in design, it is scheduled to be completed by 2030.

“It won’t completely eliminate flooding, but it will greatly mitigate storms like this,” Powell said. 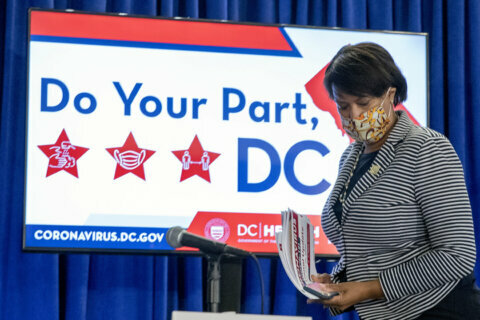 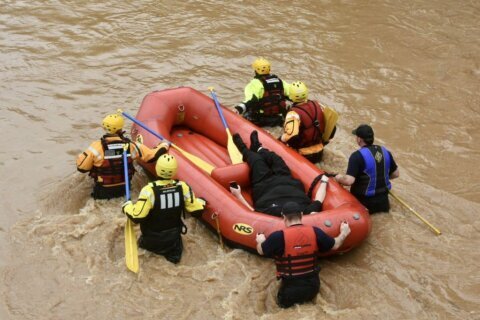