Why there will be a large Ida B. Wells mosaic in DC’s Union Station

A thousand portraits of suffragists make up the massive mosaic of Ida B. Wells that will call Union Station home next week, a nod to the 100-year anniversary of the right-to-vote movement and the role the D.C. landmark played.

From Aug. 24-28, the 1,000-square-foot mosaic, titled “Our Story: Portraits of Change,” will be displayed on the marble floor, assembled from thousands of historical photos of suffragists, with each image telling its own story about the fight for women’s right to vote.

“We’ve gathered together over 1,000 portraits of suffragists, and when you put those photographs together in a certain way and zoom out, those 1,000 portraits then become one very large portrait of suffragist and anti-lynching activist Ida B. Wells,” Anna Laymon, director of the Women’s Suffrage Centennial Commission, told WTOP.

Wells, a journalist, activist and educator, “traveled internationally, shedding light on lynching to foreign audiences. Abroad, she openly confronted white women in the suffrage movement who ignored lynching. Because of her stance, she was often ridiculed and ostracized by women’s suffrage organizations in the United States,” according to the National Women’s History Museum.

She continued to stay active in the women’s rights movement and was founder of the National Association of Colored Women’s Club.

The mosaic portrait installation made of smaller images speaks to the power of the many it takes to form a social movement, Laymon said.

“It was up to 5 million over a 72-year period who persevered, who never gave up and who insisted on a more perfect union. And, to me, this project represents that,” Laymon said.

Union Station is a place of historical significance to the suffragist movement: When a group of women were released from prison in February 1919 on the charge that they blocked a sidewalk while picketing outside the White House, Laymon said 26 members of the National Woman’s Party boarded a chartered train at the station, which they dubbed the “Democracy Limited.”

Wearing their prison uniforms, it was the start of a national campaign where the group spoke as political prisoners to large crowds with the goal of raising awareness for their cause. They called it the “Prison Special.”

“These are radical women. Any attempt to claim they were anything other than absolutely radical does those women an injustice,” Laymon said.

Though the 19th Amendment was ratified Aug. 18, 1920, event organizers and activists across the U.S. are working to show a more complex history of the passage, which largely benefited white women, as Black, Indigenous and other women of color continued to face barriers to voting.

Visual artists Helen Marshall, of The People’s Picture, and Cristina Korp, of Purpose Entertainment, brought the vision of the Women’s Suffrage Centennial Commission to reality.

Marshall, who has worked on similar projects, including one marking the centenary of the women’s vote in U.K. in 2018, said, “I am beyond grateful to have enjoyed so many of the choices brought to me by the generations of women before me.” 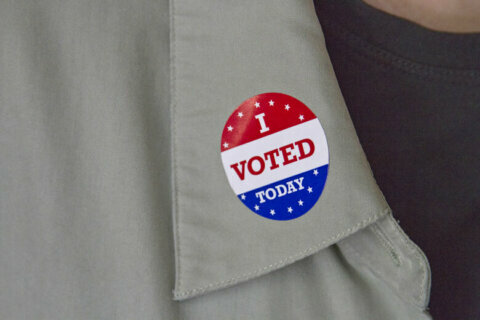 Even after 19th Amendment, Black women had to fight for suffrage 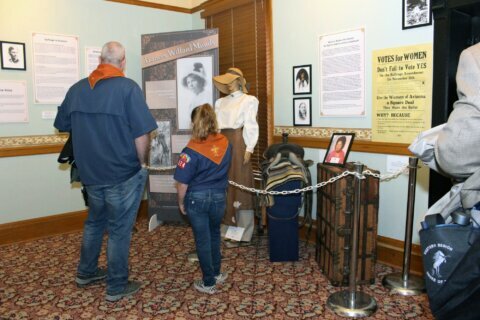 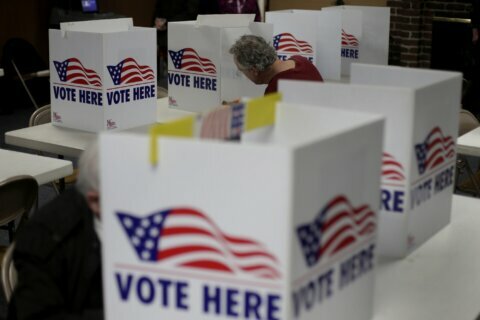