A street drummer from D.C. made it through to the next round on the reality television show America's Got Talent on Wednesday night.
Listen now to WTOP News WTOP.com | Alexa | Google Home | WTOP App | 103.5 FM

A street drummer from D.C. made it through to the next round on the reality television show America’s Got Talent on Wednesday night.

Malik Dope, 27, from D.C., performed on the semifinal episode and the judges chose him over singer Nolan Neal to move on in season 15.

Judge Howie Mandel was the tiebreaker when it came to voting Dope on.

Dope starting playing drums around the age of 5 and started on a six-piece drum set playing D.C. go-go music, hip-hop and R&B, according to his bio on NBC’s America’s Got Talent page.

He was a part of Howard University’s marching band and in 2013 he formed his own band named D.O.P.E. — Definition of Percussion Entertainment, according to the bio.

Malik has performed at various festivals including the Charged Up Festival, D.C. Funk Parade, Broccoli City Festival, Afro Punk, SXSW, A3C and Made in America.

His bio says that he has also performed with artists such as Usher, Wale, Mike Will Made It, Rae Sremmurd, Backyard Band and D.R.A.M., and is currently collaborating on new projects. 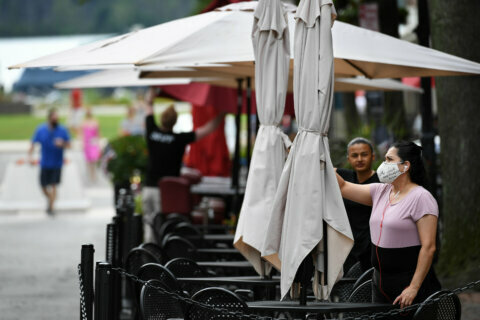