Coronavirus News: Fairfax Co. votes to increase substitute teacher pay | Is it time to get a COVID-19 booster? Which one? | Local cases of COVID-19 | How many in DC region are vaccinated?
Home » Washington, DC News » Juneteenth: Athletes and teachers…

Juneteenth marks the date — June 19, 1865 — that all enslaved black people in the U.S. learned they were free. It was more than two years after the Emancipation Proclamation was issued, when a Union Army general read federal orders to enslaved African Americans in Galveston, Texas.

The Emancipation Proclamation freed the slaves in the South in 1863, but it was not enforced in many places until after the end of the Civil War in 1865.

And on Friday, 155 years later, holiday revelers and demonstrators took to the streets throughout D.C. and the greater Washington area both to celebrate and protest police brutality that has taken a national spotlight in the wake of the May 25 killing of George Floyd in Minneapolis police custody.

Stay with WTOP all day Friday, June 19, for coverage from our team of reporters in the District, Maryland and Virginia following the Juneteenth celebrations and protests. Please check back for the latest developments as the day continues.

In D.C., students, teachers and even professional basketball players gathered in strategic locations to call attention to the inequalities faced in American society by African Americans and to push for change.

In a particularly striking moment, a group that included NBA star Bradley Beal of the Washington Wizards, and Natasha Cloud of the WNBA champion Washington Mystics started their day at Capital One Arena.

WTOP’s sports anchor Dave Preston joined the group as it went to the National Museum of African American History and Culture and eventually made its way to the Martin Luther King Jr. Memorial.

The Wizards and Mystics organization (each owned by Monumental Sports) stopped at the King statue and read the names of African-Americans who have been killed recently by police or white supremacists in hate incidents.

We will not stop until justice is served. #BlackLivesMatter | #TogetherWeStand pic.twitter.com/XCeHuYFtp4

“This isn’t a barbecue, we’re going to be out here marching regardless,” said one speaker at the protest at the base of the statue, according to WTOP’s Alejandro Alvarez. The speaker was referencing the darkening late-afternoon skies portending a storm in the District.

Cloud said members of both the Wizards and Mystics can work together to push for change. “Collectively,” she said, “this is where we’re going to get action done.”

Alvarez said the group knelt for 8 minutes, 46 seconds, the length of time that Minneapolis police officer Derek Chauvin had his knee on the neck of George Floyd. During the near 9-minute period, the transcript of what Floyd said as he was dying was read aloud.

Another group approached Black Lives Matter Plaza, just north of the White House on Friday, dancing to the beat of Go-Go, the original music of D.C.

Backyard Band, legendary purveyors of the sound, launched a rolling concert on a flatbed truck heading toward the White House.

“It’s still a protest, not a party,” organizer Ron Moten said. “We’re talking to people as we go and giving out information along with the music.”

“They can kill our leaders! Lord knows they have. But they cannot kill a movement,” activist Joella Roberts said over a bullhorn. “Don’t be scared. That’s what they thrive on — fear and ignorance.”

Earlier in the day, one of the first groups to take to the streets was a group of students and teachers advocating for both the District and the federal government to offer more support to students of color.

WTOP’s John Domen was there just after 10 a.m. The group was working on signs to bring on their march to the U.S. Department of Education building across the National Mall, near Fourth Street Southwest.

Domen said one goal of those who assembled Friday morning was to ask the federal government to allocate more money to schools that have been struggling for generations. While the march went to the U.S. Education Department’s campus, protest leaders said the government in D.C. deserves its share of criticism, too.

Domen spoke with Nandi Taylor, an elementary school teacher in D.C., who helped organize the protest. “We want to see them spend less money on police, and more money on mental health,” Taylor said. “We want to see a revised curriculum, so it’s more reflective of true history and our students needs.”

Many of those students come from Wards 7 and 8, Taylor said.

Taylor also said standardized testing needs to be abolished or revised. Taylor wanted to remind D.C. Mayor Muriel Bowser that she should be directing the District’s funding away from police and toward education.

The deaths of Floyd, Breonna Taylor in Louisville, Rayshard Brooks in Atlanta and others have sparked outrage and renewed calls for changes in policy and laws.

Earlier on Friday, Louisville’s mayor said that one of three police officers involved in the fatal shooting of Taylor will be fired.

Juneteenth is a blending of the words “June and “Nineteenth,” is also known as Emancipation Day, Freedom Day and Independence Day for black Americans. It’s recognized in 47 states and the District of Columbia, according to the National Juneteenth Observance Foundation.

Hawaii, North Dakota and South Dakota are the only states without an official recognition.

It is not a federal holiday.

On Capitol Hill, WTOP’s Mitchell Miller reported Texas lawmakers would propose that June 19 become a national holiday. Both Sen. John Cornyn (R) and Rep. Sheila Jackson Lee (D) have proposals in the works. A vote in the Democratic-led House will take place next Thursday on police reform.

It took roughly 18 years after the assassination of the Rev. Martin Luther King Jr. before his birthday was observed as a federal holiday.

The abolition of slavery in the U.S. did not equate to equality for black Americans.

And after the passage of landmark civil rights protections in the 1960s, decades of mass incarceration policy and employment discrimination eroded opportunities and economic stability for black people and families. All along, police brutality has been a fixture of the black American experience.

In addition to the disparity in the way authorities treat black Americans, the novel coronavirus has shown what many people already knew: Black people do not have good enough healthcare. While African Americans make up less than 15% of the population, nearly one-third of those who have died from COVID-19 in the U.S. are black.

This week, the Equal Justice Initiative — which in 2015 cataloged thousands of racial terror lynchings of black people by white mobs — added nearly 2,000 Reconstruction-era lynchings confirmed between 1865 and 1876, bringing the total number of documented lynchings to nearly 6,500. 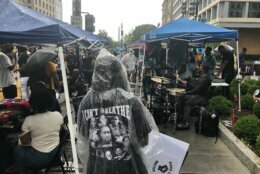 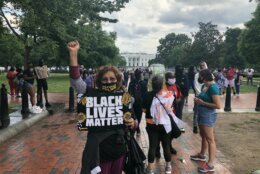 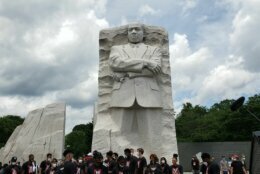 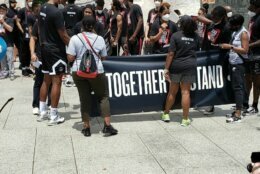 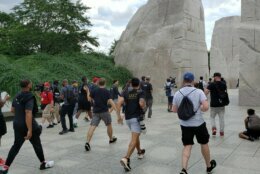 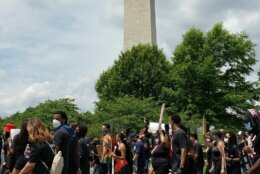 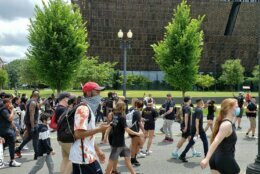 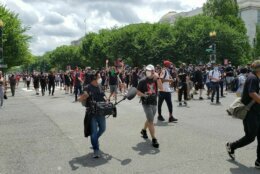 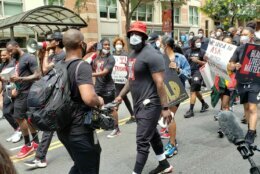 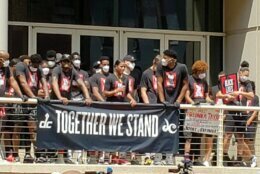 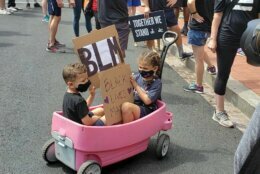 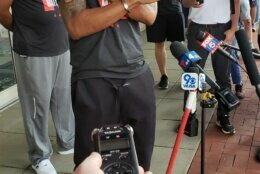 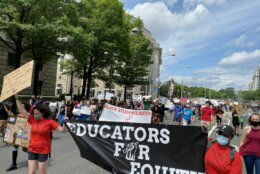 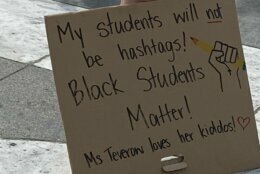 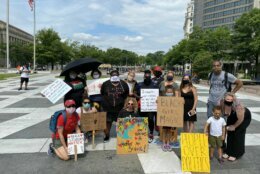 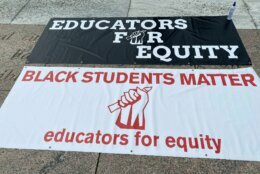 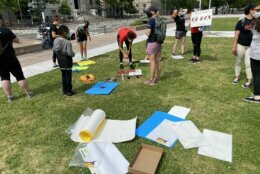 Orthodox patriarch hospitalized at start of 12-day US visit

2 dead, 2 others injured in 3 weekend shootings in DC