Wilfredo Torres, 17, and Jaime Zelaya, 16, both of Northwest D.C., died from multiple gunshot wounds they suffered inside of a residential building on the 6000 block of 13th street, Northwest around 5 p.m. Saturday.

Police said one of the teens was pronounced dead at the scene. The other died in a nearby hospital after attempts to save his life failed.

With them was an adult woman who was also transported to the hospital for what police are calling non-life threatening injuries.

Police determined that the offense took place inside the residential building.

A reward of up to $25,000 is being offered to anyone who can provide information that leads to an arrest and conviction of whoever is responsible for this homicide. Anyone with information should call 202-727-9099 or can text the D.C. police’s tip line at 50411.

D.C. police are also requesting help from the public in finding a suspect involved in a shooting on the 3800 block of Minnesota Avenue Northeast around 4:15 p.m.

According to police, the suspect brandished a handgun before firing a shot at the victim after the two had gotten into an argument.

Police said the victim wasn’t hit by the gunfire.

A reward of up to $1,000 is being offered to anyone who can provide information that leads to an arrest and conviction of whoever is responsible. Anyone with information should call 202-727-9099 or can text the D.C. police’s tip line at 50411.

A third shooting in the same hour happened around 4:20 p.m. at the 2500 block of Elvans Road SE. There, a man was injured by gunfire and taken to the hospital. Police said they are still investigating that incident. 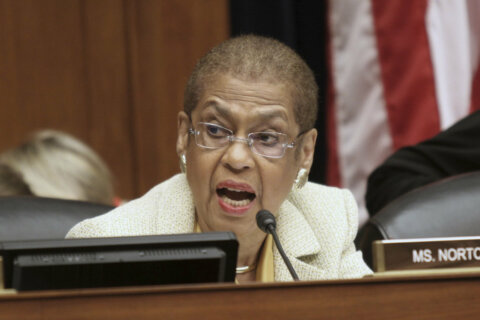