The Women’s March is back for its fourth, pink-hatted protest through D.C. — and in 2020, it’ll play out a little differently than in years past.

The latest installment of the now-annual march rebuking President Donald Trump and his administration will take place on Saturday, Jan. 18 in the nation’s capital.

But gone will be the typical big stage setup with a long set of speakers like in previous years. This time, the event’s scaled down to a simple march as the Women’s March works to stay afloat amid dwindling numbers with each successive year.

Still, thousands are expected to turn out Saturday, according to the event’s Facebook invite. Here’s everything you need to know.

Start time, best way to get there

Where: Freedom Plaza, downtown Washington. Punch in 1455 Pennsylvania Ave. NW, Washington, D.C. 20004 on your favorite navigating app for a direct route. It’s a big marbled plaza — you can’t miss it.

When: The march will begin congregating in the plaza around 10 a.m. with a start time set for an hour later, at 11 a.m.

The closest Metro stations to Freedom Plaza are Metro Center, McPherson Square and Federal Triangle. Be sure to have your Metro SmarTrip card loaded with enough cash for a round trip to skip the inevitable line at the fare machine.

Be aware that the Silver Spring, Forest Glen and Wheaton Metro stations will be closed through the weekend for track work. If you’re taking Metro, plan on some degree of overcrowding on platforms near the march. Our best advice is to get there early.

For those headed in from outside the D.C. region, the Women’s March is organizing dozens of charter buses east of the Mississippi, from Florida to Montreal. And though D.C. will be the flagship event, hundreds of satellite marches are being organized around the country by local chapters.

Those driving in might consider parking at a Metro station outside the city and riding Metro to the march. Parking downtown could be affected by weather, especially if it snows Saturday morning (see more on that below).

What’s the plan? Where are they marching?

The march itself will be relatively straightforward compared to previous years: Kickoff from Freedom Plaza is set for 11 a.m., headed west down a short stretch of Pennsylvania Avenue.

Once at 15th Street, they’ll march for about 2 miles, clockwise around the White House, down Constitution Avenue, 17th and H streets, before looping back to Freedom Plaza to close out.

Those participating can text “Women Rise” (space included) to 40649 for timing updates from organizers on the day of the march.

This year’s key moment will feature a mass performance of viral Chilean feminist protest anthem “un violador en tu camino” — translated, “a rapist in your path” — set to take place in front of the White House.

Written by Valparaiso-based collective Las Tesis to decry violence against women in the backdrop of deadly crackdowns on Chile’s recent inequality protests, the Spanish-language song spread on the internet at breakneck speed with thousands of blindfolded women joining flash-mob protests in Latin America, Europe and the U.S. since November — even at Harvey Weinstein’s trial.

According to the Women’s March website, members of Las Tesis will be in D.C. to lead marchers in the song and dance.

There are several road closures drivers need to be aware of. Even if you aren’t planning to take part in the event, if you’re driving around downtown D.C. on Saturday, you could encounter blocked streets and parking restrictions. Here’s the list of closures from D.C. police.

The following streets will be posted as Emergency No Parking from 6:30 a.m. to 4 p.m.:

What should I bring? What can’t I bring? And, where are the restrooms?

The march’s official website recommends bringing a small backpack with water and snacks for the day, comfortable shoes and warm clothes (for more on the forecast, see below). There will be no water towers for public use.

To answer the burning question on your mind: Yes, there will be portable restrooms near the starting point at Freedom Plaza, along with first-aid tents and power banks.

Like most protest marches in D.C., the 2020 Women’s March is an open event with no security checkpoints. Rule of thumb: It you wouldn’t carry it in D.C. anyway, don’t bring it with you. That goes for weapons, anything that could be mistaken as a weapon and illegal drugs.

Note that part of the march will move through federal property, where marijuana is still illegal despite its status in the rest of the District.

That’s the million dollar question. The Women’s March has lucked out in terms of fair weather for the last three years, but the forecast this time around could spell some trouble — particularly for those traveling in or out of D.C. on the road.

There’s snow in the forecast Saturday morning. Yes, despite an anomalous bout of 70-degree weather in the region last week, winter isn’t down for the count — yet.

The latest thinking goes like this: A formidable low pressure system will move in from the Midwest early Saturday, bringing either snow or a wintry mix to the D.C. region by daybreak, before a slow shift to steady rain around noon.

“There is still very high confidence that the weekend will start out with a wintry mix,” Storm Team 4 meteorologist Chuck Bell told WTOP. “The event will likely start out as mostly snow first thing Saturday morning with 1 to 2 inches possible, before a gradual change to sleet and, eventually, all rain take place during the late morning and afternoon hours.”

It’s true that an inch or two of snow isn’t much to panic about, but the D.C. region’s major roadways are notoriously sensitive when it comes to winter weather. If you’re planning on commuting to the march by car or bus, you’ll want to pay close attention to the forecast and plan for possible delays.

And, regardless of how you get there, plan for snow or rain during the march itself.

Any other Women’s March-related events?

Quite a few. That’s one area where this year’s march is expanding.

As part of a push to change their formula this year, the Women’s March is hosting daily actions and meetups in the week leading up to the main event. Each dials down on promoting one issue central to the organization’s missions and principles as well as the upcoming presidential election, such as climate change, health care and immigration policy.

Some organizers are planning to risk arrest on Capitol Hill this Thursday in a call to action against war with Iran, following on from the Women’s March’s first forays into civil disobedience over the issues of family separation at the border and the health care bill.

See a full schedule of the Women’s March week of action on its website. 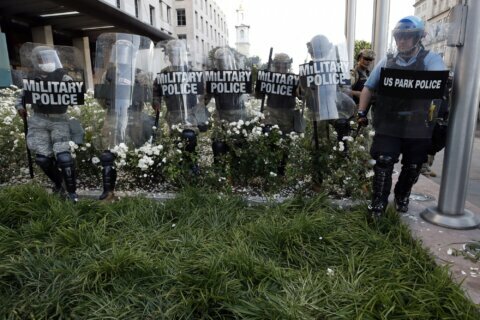 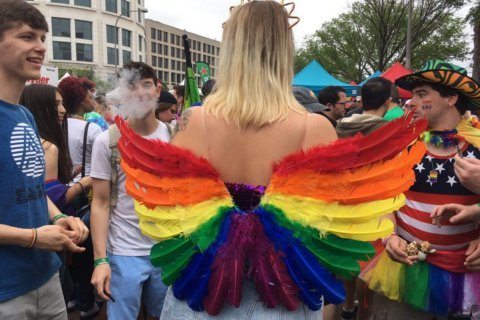