At Library of Congress exhibit, a woman remembers her 1955 bus encounter with Rosa Parks

The Library of Congress is opening a new exhibit that focuses on the life of Rosa Parks.
Listen now to WTOP News WTOP.com | Alexa | Google Home | WTOP App | 103.5 FM
(1/9) 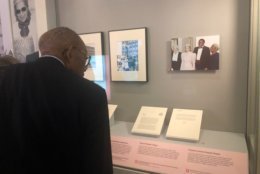 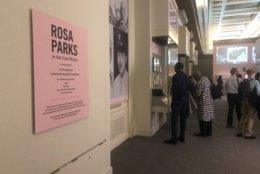 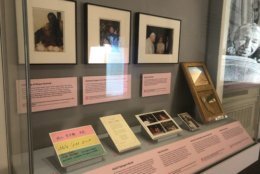 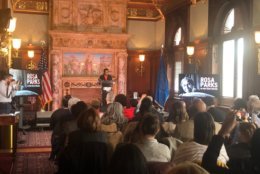 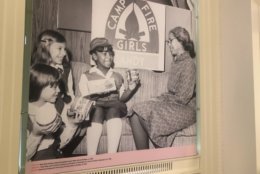 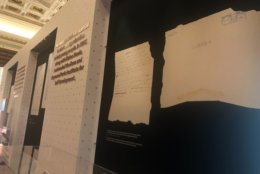 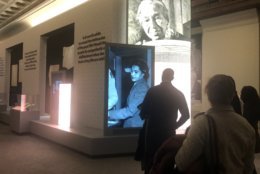 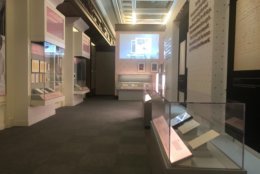 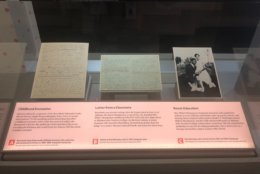 Looking over personal letters and photos at “In Her Own Words,” the new Rosa Parks exhibit at the Library of Congress, Jane Gunter looked up in awe, remembering the moment she witnessed history on a crowded bus in Montgomery, Alabama, in 1955.

She recalled being a young, pregnant woman with just enough money to take the bus that would change her life.

“I was sitting on the seat behind the driver. I was kind of in my own world,” Gunter said.

Moments later, the driver yelled at a black woman who she later learned was Parks.

“I jumped up and said, ‘She can have my seat!’ When I said that a tall, thin young man pushed his knees into mine and said ‘Don’t you dare,'” Gunter recalled.

She didn’t see Parks for decades, but eventually came across Parks in a magazine and reached out. That’s when their friendship began.

“I serve faithfully going around and telling that story to school children,” Gunter said.

On Wednesday, she had the opportunity to see family photos and read handwritten letters from Parks, expressing her deepest thoughts.

Now, Adrian Cannon, the curator of the exhibit, is glad to give others same the opportunity to feel a personal connection to Parks.

“She was active in fighting for equality and justice even before the Montgomery bus boycott and after,” Cannon said.

The exhibit will be open at the Library of Congress beginning Thursday and remain open through August of next year.