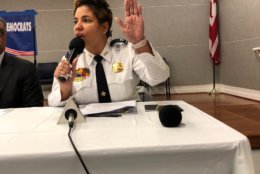 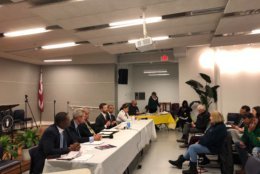 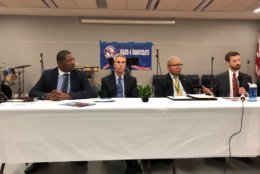 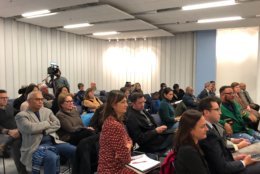 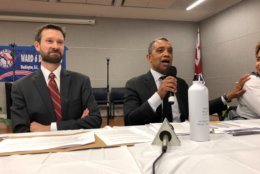 The head of the D.C. Council’s public safety committee is pushing for a radical change in how the District handles prisoners.

During a panel discussion on criminal justice Wednesday night at the Harold J. Gordon Building in Southeast, Councilman Charles Allen said a key, often overlooked, way to curb violent crime is to better ease the transition for prisoners returning home.

“It is in everyone’s interest to make sure that we’re helping that individual be successful,” Allen said. “When we do that, the likelihood of re-offending goes down dramatically.”

When people are convicted of serious crimes in D.C. and sent to prison, they are transferred to the Federal Bureau of Prisons and sent to prisons in other states, since the District does not have its own prison system.

Allen wants to change that, saying the current system does not do enough to reduce recidivism.

“I think it is one of the worst mistakes the District ever made,” he said. “They’re off into a federal system, completely isolated and away from their family and rehabilitation services.”

Allen said he is exploring how to get more local control over prisoners and keep them closer to home.

“One of the arguments you are going to hear people say about why we shouldn’t do it is ‘Gosh, it’s going to cost some money,'” he said. “That should not be the barrier as to why we don’t do the right thing.”

They discussed various anti-crime initiatives, such as targeting illegal guns and cracking down on high-capacity magazines.

“It is imperative that we get it right and that we make it safe for everybody to walk down the street without fear of a stray bullet,” Kane said.

According to figures from the D.C. police department, overall violent crime is up about 1% when compared to the same time in 2018.