Threats over ethics issues facing then-Metro Board Chairman Jack Evans are detailed in hundreds of pages of documents the transit system provided to members of Congress.

Republican members of the House Oversight and Government Reform Committee want an additional investigation of the concerns tied to the D.C. council member and now-former D.C. Metro Board member Corbett Price, who is accused of trying to help Evans keep the ethics problems out of the public eye.

Democratic committee leaders already planned to hold a general oversight hearing on Metro next month, and still expect that hearing to happen.

In a letter to Democrats on the committee obtained by WTOP, Rep. Mark Meadows, R-N.C., and Rep. Jim Jordan, R-Ohio, ask for additional sit-down interviews on the record with Evans and the Metro staff Evans apparently threatened as part of an effort to keep things under wraps about his potential undisclosed conflicts of interest between his role at Metro and various consulting contracts.

The threats first detailed last month by The Washington Post are outlined in notes from Maryland’s Clarence Crawford, who led the investigation, and notes from Metro staff, according to a summary from Republican committee staff also obtained by WTOP.

“The documents provided to our Committee confirm my serious concerns about Mr. Evans’ unethical behavior as Chairman of the WMATA Board,” Rep. Gerald Connolly, a Democrat from Virginia, said in a statement provided to WTOP. “We can’t turn a blind eye to this type of self-dealing and threats. This, as well as Metro safety improvements, will be one of the many issues we will examine in our October hearing.”

Several notes describe yelling, threats against the job of Metro’s general counsel and board secretary, and attempts to block the full Metro Board from hearing the Ethics Committee’s finding of a violation by Evans. According to the notes, Evans and Price prevented a quorum of the full board by refusing to send a D.C. representative.

The notes are part of 136 documents totaling approximately 981 pages Metro has provided to the committee since July.

Evans resigned from the Metro Board in June but remains under federal and D.C. Council investigation over various possible conflicts of interest. Price resigned from the board last month after increasing pressure over his false public statements about the findings against Evans.

As cited in their letter to Democrats, the Republicans are hoping not only to use this incident to look into Metro, but also to question whether D.C. residents deserve voting rights in Congress.

A hearing on D.C. statehood is scheduled next week. 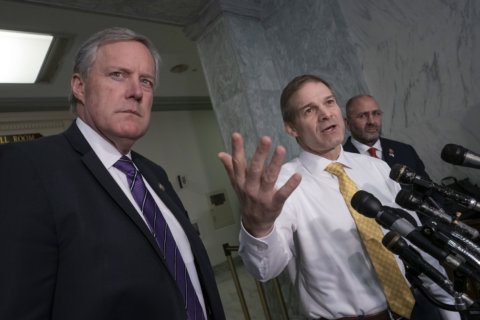