A group of former neonatal intensive care unit patients of Children's National in D.C., and their parents, gathered to celebrate the gift of health after a rough start to life.
Listen now to WTOP News WTOP.com | Alexa | Google Home | WTOP App | 103.5 FM

A group of former neonatal intensive care unit patients and their parents gathered to celebrate the gift of health after a rough start to life.

The “NICU grads,” as they’re also called, met up on a sunny Saturday at the National Zoo’s Great Meadow for a fun time, including food, frolicking, face-painting and photos, and to spend time with members of the NICU team from Children’s National Medical Center in Northwest D.C. — a team that cared for the former patients during more somber days. 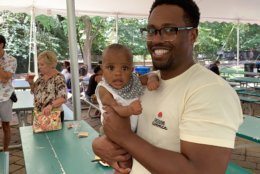 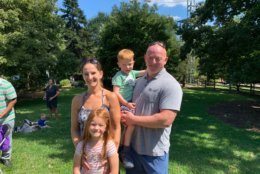 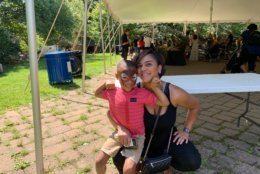 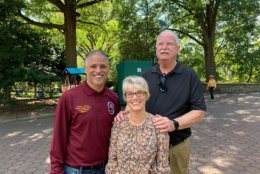 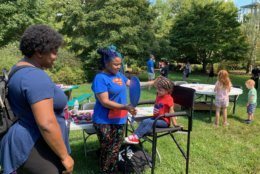 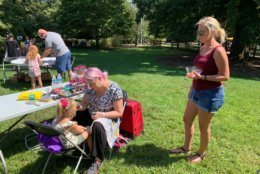 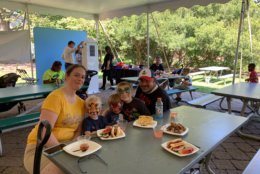 Some of the patients are brand-new humans as young as 7 months old, whose smiles still showcase glimmering gums, to more seasoned youngsters with a handful of years and even school time under their belts.

One attendee was a NICU grad who spent some of his first days at Children’s National decades ago.

“I was born at Greater Southeast Hospital with a host of medical challenges,” said Sydney Harrison, who is now a Prince George’s County councilman. “I had gangrene in my intestines, a herniated bowel, I needed a blood transfusion, and my nervous system was severely hampered.”

At the time, which was 45 years ago in September 1974, “it was really less than 5% chance of survival,” Harrison said. “From my conversations with Children’s Hospital, they expressed to me normally at that time, when babies were transferred from that location with ailments back then, survival rate was very, very — it was very tough to survive.”

Harrison, who represents District 9 on the Prince George’s County Council, credits the caring staff at Children’s National that saved his life “because I was abandoned at birth, so I didn’t have a mother or father, so the hospital was, literally, my family.”

In December of that year, he was connected with Iona and John Harrison, who became his adoptive parents. Both were also at the gathering.

Robert Heaney’s 4-and-a-half year old son had a turbulent entry to life. He spent just shy of six months in the NICU, but the Heaneys were prepared. They knew he would have some health issues before he was born.

“He had something called congenital diaphragmatic hernia. So there was a hole in his diaphragm that allowed for all of his intestines and gastric organs to migrate up to where his lung should have been,” said Heaney, a sergeant with D.C. Fire and EMS.

He estimates his son had about 10 surgeries during that time. He said it was very important for his family to attend the reunion.

“We feel like it’s good for them [the NICU team] to see him too. They kept him alive for us, so we feel like it’s something that we can do for them to let them see him succeed, and they’re a big part of that. So for us, it’s important for them to see the success.”

When Heaney’s job takes him to Children’s National, he also tries to visit the NICU team to say hello. His wife also keeps in contact with the team who cared for their son.

From NICU preemie to microphone enthusiast

Mekka Raqib gave birth to twins — “23 week, zero day micro preemies,” she told WTOP. But only one little boy frolicked about her with a Spiderman mask painted on his face.

He reached for the microphone and shared his name when asked.

“I gonna get a backyard,” he said.

Said, who is now 6 years old and in first grade, knows his brother’s name. Little Nasir passed away after six months in the NICU.

Raqib said it was important “for Said to see other children, to bond with other families, to share our story, and hear other stories of babies who went through similar situations,” Raqib said.

At one point during his treatment, “Said was labeled the sickest baby in the NICU. Doctors who came in motivated and determined turned the whole thing around, and we were able to get him home. And how he’s here — wanting a backyard,” Raqib laughed.