On 80th anniversary of WWII’s start, visitors to memorials reflect on history 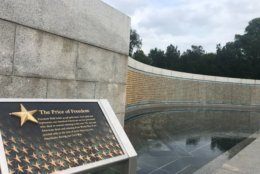 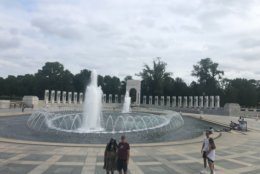 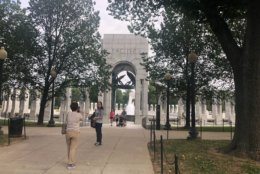 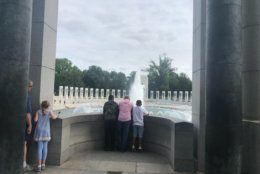 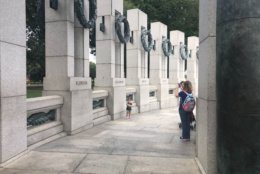 Sunday, Sept. 1, 2019 marks the 80th anniversary of the start of World War II in Europe. The anniversary offered visitors to the District a chance to reflect on history.

On Sept. 1, 1939, Nazi Germany invaded Poland, leading to a war that lasted six years and left 70 to 85 million people dead.

For Sharna Rozin, who took an early morning run through the World War II Memorial, learning of today’s significance is personal.

“My boyfriend’s dad is 92 today and he was a World War II vet. He’s very proud to have served,” she said. Rozin said her close connection to him has been an opportunity to learn about and honor his service.

Just outside the Holocaust Museum, a line began to form as people from across the world waited outside.

Gary and his family also stood in line and have traveled the world visiting sites with connections to World War II, a war his great uncle fought in.

“We went and saw a concentration camp when we went out to Germany and we thought we’d get a better feeling or a little more power from this museum, now coming to see it after the fact,” he said.

Many others, also looking to educate themselves about World War II, said learning of the 80th anniversary adds to the significance of paying respect at the museum.

Bowser: No curfew for DC Thursday; out-of-state troops should leave