It was games everywhere Saturday at the Smithsonian American Art Museum’s fifth annual SAAM Arcade, from old school games and consoles to newer games developed by underrepresented communities in the gaming world.

“Bearded Dragons is a smash-style fighting game where bearded drag queens fight over cash tips that rain down from the sky as you carry on combat,” said Greg Bayles, who developed the game.

Bayles told WTOP the game has been in the works for the past year. Bayles has spent nights and weekends working on it, and is hoping for a December release to the general public.

By day, Bayles develops medical games and apps at the University of Utah.

“I do drag myself, and I realized there weren’t a lot of games that dealt with drag in a way that I felt was interesting,” Bayles said.

At the table next to Bayles’ was Cassie Mcquater, who developed “Black Room,” a game that is partially inspired by Mcquater’s own life experience.

“Black Room is a game about an insomniac trying to fall asleep late at night while on the internet,” he said. “I suffer from insomnia and anxiety and, literally, one night I couldn’t sleep, I got up and I wanted to make a game talking about that.”

The game “also uses repurposed sprites from vintage video games with a focus on women and girl characters as a way to give them newer, more resilient narratives,” Mcquater said.

A couple of tables to the left, Jay Kidd was showing folks a game called Collapsus, “a block-crunching puzzle game like nothing you’ve ever played before.”

Kidd said he hopes the game will be released later this year. He said Collapsus has a plethora of modes—challenge, puzzles, missions and secret missions. It’s also a local and online multi-player game.

“The thing I’m most proud of, over 40 accessibility options for disabled players. We wanted people from any walks of life to be able to play it,” he said.

Kidd said some of those accessibility choices include “colorblind options and dyslexia-friendly font options.”

“Over 90% of our development team…are LGBTQ+. On top of that, over 80% of us are also disabled individuals…Personally, I suffer from high functioning autism as well as a few other things,” he said.

Another game on display in the museum’s courtyard was “Tracking Ida,” based on the reporting of investigative journalist Ida B. Wells.

“It’s [about] trying to make history accessible, especially to black youth and black folks in general,” Lishan AZ, one of the game’s developers, said. 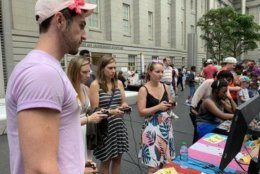 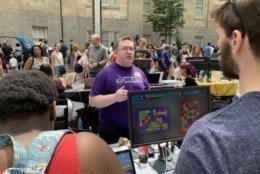 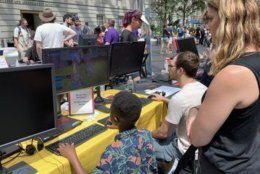 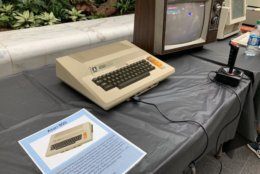 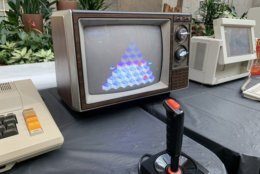 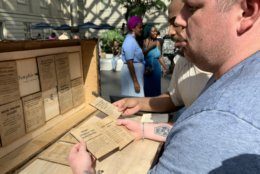 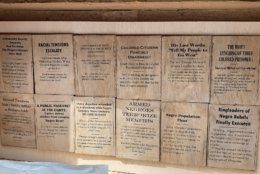