Tensions were high as protesters from two different sides took to the streets of D.C. on Saturday and law enforcement officials worked to keep a barrier between the groups from being crossed. See photos and videos.
Listen now to WTOP News WTOP.com | Alexa | Google Home | WTOP App | 103.5 FM

Tensions were high as protesters from two different sides took to the streets of D.C. on Saturday and law enforcement officials worked to keep a barrier between the groups from being crossed.

The “Demand Free Speech Freedom Rally” started at noon at Freedom Plaza in D.C. Among those attending are the Proud Boys, a far-right group that had violent run-ins with anti-fascist “antifa” in Portland last weekend, during which there were injuries.

Antifa showed up at the counter-protest “Stop the Alt-Right” rally, organized by All Out DC. This protest started around 11 a.m. at Pershing Park.

Police set up multiple barricades along 14th Street NW with the goal of keeping the two groups separate. The city’s snow plows were set up to restrict vehicle and pedestrian traffic in some areas and to keep conservative and liberal activists away from each other. 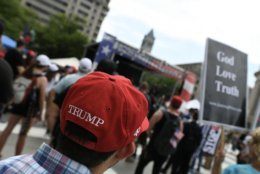 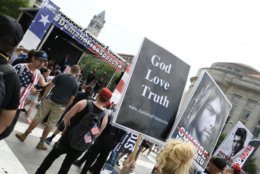 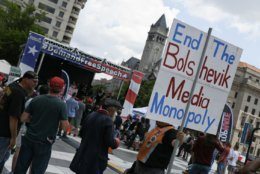 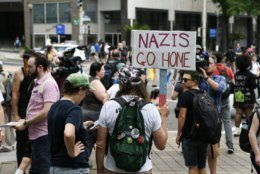 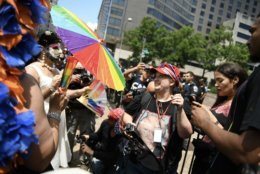 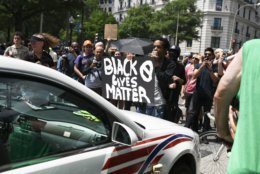 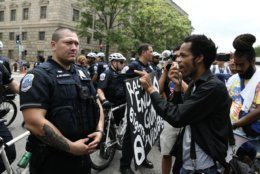 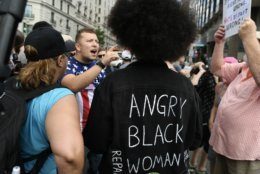 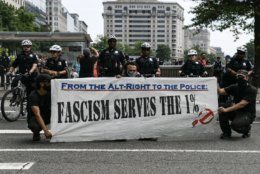 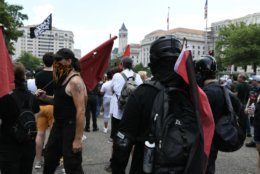 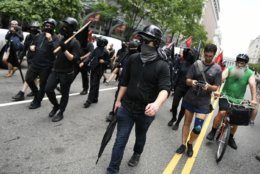 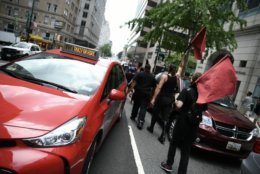 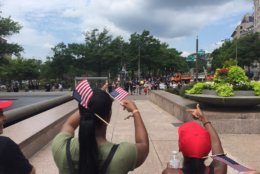 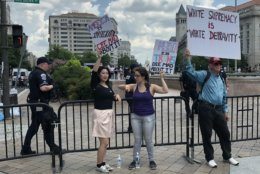 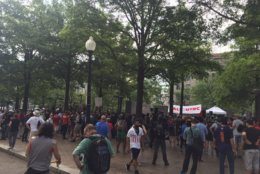 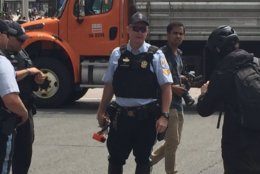 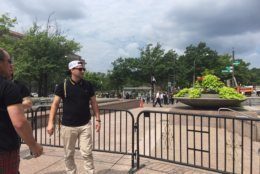 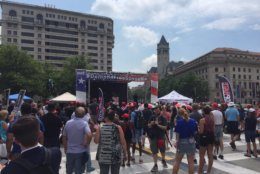 Antifa protesters were seen rushing a police barricade on Pennsylvania Avenue and 12th Street NW. A masked antifa protester was seen attempting to snatch a “MAGA” hat from a Trump supporter who crossed into the All Out DC side of Saturday’s protests.

At the counter-protest in Pershing Park, a Trump supporter was seen being surrounded and chased out to applause.

WTOP’s Alejandro Alvarez reported that at least one antifa protester was arrested outside the Trump International Hotel on Pennsylvania Avenue at around 6:30 p.m.

Antifa protesters tried to confront Trump supporters as they were heading into the “Demand Free Speech” after-party.

#Breaking: One antifa protester arrested outside the Trump Hotel on Penn. Ave. Antifa tried to confront Trump supporters heading into the #DefendFreeSpeech after party. pic.twitter.com/FqBQL53OmD