Jack Evans struggled Tuesday to convince his D.C. Council colleagues that he should keep his powerful role as Finance Committee chairman.

Days after resigning from the Metro Board due to ethics issues, and less than two weeks after federal agents raided his home, Jack Evans struggled Tuesday to convince his D.C. Council colleagues that he should keep his powerful role as Finance Committee chairman.

At a meeting Evans had requested to answer questions, he instead consistently dodged on details related to his work on the council, where a number of members are now concerned Evans may have had undisclosed conflicts of interest for years.

“The distrust has grown,” D.C. Council Chairman Phil Mendelson said after the two-hour meeting. “I did not see answers that calmed the members, and I understand why there were some answers that were not provided, but that certainly was not calming.”

Mendelson expects the council to vote next week to remove Evans as finance chair.

An outside law firm hired by the Metro Board found potential concerns in a number of areas. The D.C. Council is only moving to take significant steps against Evans now after WTOP obtained a summary of the Metro investigation’s findings two weeks ago, and The Washington Post obtained a 20-page detailed memo from that outside law firm.

Several council members were particularly upset that Evans had lied to them about his potential conflicts of interest and about the outcome of the Metro ethics investigation.

“It’s caused me to think back about other conversations or things that we’ve been involved in…and what I could have properly relied on in terms of who you were actually representing,” Council member Mary Cheh told Evans.

Most recently, Evans said he had been cleared by the Metro Ethics Committee.

“That wasn’t quite the truth,” Cheh said. “What else along the way did I not know about that perhaps I should have known about?” she added.

Evans declined to answer when Council member Trayon White asked him if he had been interviewed by the FBI. Evans did meet with prosecutors a few months ago, he said.

Evans also highlighted the limited amount taken from his home in the federal raid last month: mainly just a computer, tablet and cellphones, despite many empty boxes carried out by agents.

“On its face, these dealings just simply does not look clean to me,” White said.

Evans repeatedly declined to answer or redirected questions about his actions on the council.

“Again, we are venturing beyond where I want to talk about, which is the WMATA stuff,” Evans said at one point.

“We’re kind of way beyond what I wanted to talk about,” he said at another.

He asked his colleagues not to strip him of his long-held Finance Committee chairmanship next week, but instead to wait for the federal investigation and a new D.C. Council investigation to be completed.

Evans also claimed he complied with all Metro disclosure rules, now that he has amended certain forms.

He described the questions to Evans on Tuesday as uncomfortable but very important to get answers to.

The council is set to hire its own outside law firm this summer to investigate Evans, now that the Metro findings are public. A city investigation remains on hold pending a federal decision on whether Evans should face criminal charges.

Council member Kenyan McDuffie was among those who left Tuesday’s meeting when it became clear Evans would not be sworn in.

“I don’t want to ask any questions, frankly, unless Mr. Evans is under oath,” McDuffie said later. “Council member Evans has said things to the council, including me, that have not been truthful.”

McDuffie is one of the few council members willing to lead an ad hoc committee Mendelson plans to appoint to review the findings of the council’s outside law firm investigation this fall.

Evans also said Tuesday he has now closed his consulting business, and he stood by a statement from April where he described his only mistake tied to the D.C. Council was the use of council email for personal purposes. 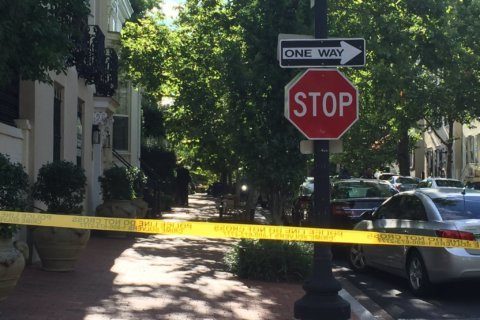 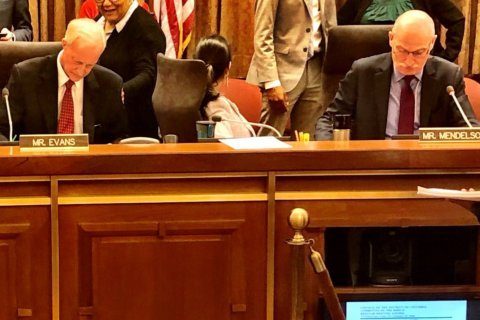