If you’ve ever booked a Marriott hotel room while comparison-shopping online, there’s a good chance you’ve paid too much, and D.C. wants the Bethesda, Maryland-based company to be more transparent about its pricing and fees.

These fees — which are also called “amenity fees” or “destination fees” — typically appear when a customer is just about to book a room. They are located under the Taxes and Fees section, leading customers to believe that the fees are government-imposed charges, rather than charges paid to Marriott, the D.C. attorney general’s office said.

Other allegations against the company include failing to disclose the true price of hotel rooms and misleading consumers about what the resort fees actually pay for.

Customers who shop for hotel rooms online see a room price; but hotel companies, such as Marriott, do not tell them about the substantial increase in the price when resort fees are added at the end, Racine said.

“Hiding the true price of hotel rooms is what this case is all about,” he said.

“They comparison-shop based upon that initial price, which doesn’t include the resort fee. So when you go to Expedia and Priceline, Marriott is making its rooms appear more price competitive than they truly are,” Rock said.

The fees can vary from as little as $9 to $95, “Throw that on top of an initially posted room rate … then you’re looking at another 30 to 50% right to the bottom line,” Racine said.

The lawsuit stems from an investigation by attorney generals in 50 states and D.C. on the pricing practices of the hotel industry. D.C. was assigned to investigate Marriott but other states assigned to other hotel companies will make decisions on whether to bring lawsuits against other companies.

D.C.’s complaint covers D.C. residents who have booked at any Marriott hotels and have been affected by these types of fees. The D.C. attorney general’s office alleges that Marriott has violated the District’s Consumer Protection Procedures.

It is asking Marriott to change its practice, provide restitution to D.C. consumers and to pay any fines and penalties owed to D.C.

Consumer group Consumer Reports praised D.C.’s complaint against Marriott, saying that hidden resort fees have become increasingly common in the industry and have made it hard for travelers to comparison shop.

“The D.C. attorney general is right to fill the void and pursue this case. Hotels should be required to disclose all fees upfront so travelers can find the best deal and know exactly how much they’ll pay,” Anna Laitin, of Consumer Reports, said in a statement.

“(Marriott) found this fee method of additional revenue stream that literally fell right to the bottom line. For them, it became an extremely profitable way to add money to their revenue. Hey, go ahead and go for it, but be transparent with consumers,” Racine said.

WTOP has reached out to Marriott, and a spokesman said that the company does not comment on pending litigation. 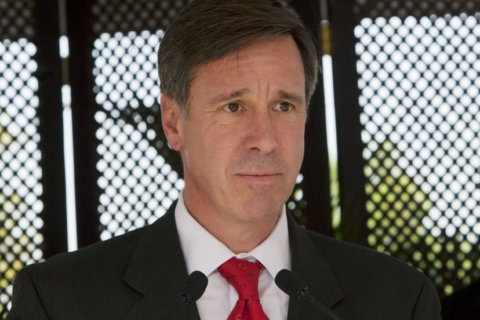