The temperatures were on high blast Sunday, but breezes, great music and more made it a chill Sunday at the Smithsonian Folklife Festival on the National Mall. See photos.
Listen now to WTOP News WTOP.com | Alexa | Google Home | WTOP App | 103.5 FM

The temperatures were on high blast Sunday, but breezes, great music and more made it a chill Sunday at the Smithsonian Folklife Festival on the National Mall.

A couple of performers told WTOP they were stoked to be here.

“It’s my first time playing, but not my first time at the festival,” said Dr. Kari Groff, half of children’s music duo The Bright Siders.

“It’s my first time at the festival,” said Kristin Andreassen, the other half of the duo. “And I’m very — I’m excited.” 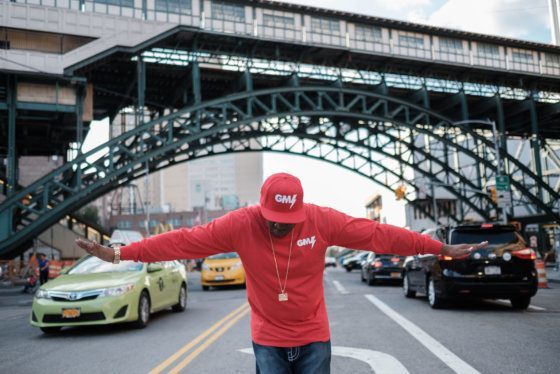 This year’s Smithsonian Folklife Festival will only last two days as opposed to its usual 10, but the festival’s director said attendees will still get a full festival experience, with a menu of music that includes performers for children, a tribute to Pete Seeger and Grandmaster Flash.

This year’s theme, The Social Power of Music, struck a chord with both of them.

Groff, a child psychiatrist from Brooklyn, said, “Music is just so healing. It’s just the most wonderful thing.”

“It’s like you get to be a secret agent of social change when you sing a song,” Andreassen said.

Year 52 of the festival was a scaled-down version — in time and space — thanks to the government shutdown earlier this year that stifled time that would have been used for research, planning and securing funding.

But efforts to make sure the festival has earth-friendly practices has been going on full scale for some time — since 2014.

“Over the past few years, we’ve run a program that’s helped keep over 90 percent of our waste out of the landfill,” said Justin Hensley, the operations manager for the festival. 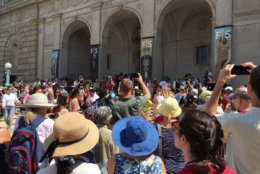 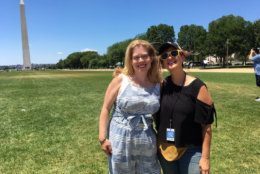 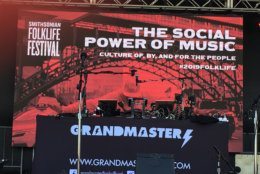 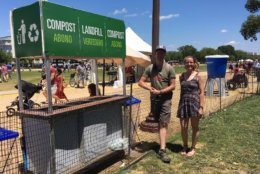 There were blue vats of cool water with several spouts for folks to refill their water bottles, cups or other drinking receptacles. Folks can even position their mouths below the spout to let the water fall in there, Hensley said.

“We help with coordinating and capturing all of this compost that is being generated at this festival and reusing it for our soil,” said Kristie Blumer, organic solutions manager at The Compost Crew.

Blumer said the compost stream is sent to a facility in Prince George’s County, “which is the commercial composting facility in the area.

“And all of that soil gets used in our agricultural land, in our local community gardens, but not just that — it’s also (used at) construction sites to reduce runoff,” Blumer said.

“The big takeaway for us is to just ask the question of ‘What is this thing in my hand, and where does it go?’ Because when you finish with it, [that] doesn’t mean it’s done,” Hensley said.