‘We have to give back’: DC Morehouse graduate reacts to gift from billionaire 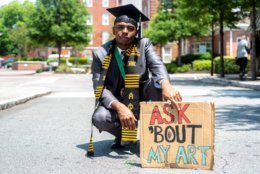 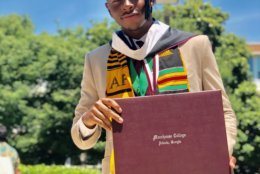 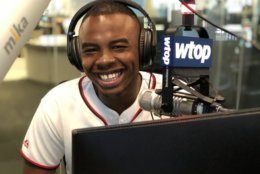 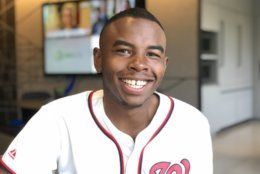 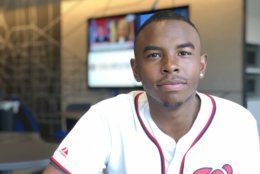 The 21-year-old Morehouse College graduate is gregarious by nature. He radiates energy and is comfortable with public speaking; he was president of the Morehouse College Student Government Association and performed slam poetry as a high school student with the DC Youth Slam Team.

But when asked about his reaction to the moment billionaire Robert F. Smith announced he would pay off the student debt of the Morehouse graduating class of 2019, Paschall was speechless for a moment. Then he broke into a wide grin.

“To be honest with you, it still hasn’t sunken in,” Paschall said.

An Anacostia resident who graduated from D.C.’s McKinley Technology High School, Paschall said he wasn’t alone in his surprise. When Smith announced to the Morehouse graduating class that his family would provide a grant to eliminate outstanding student loans for the Class of 2019, there were cheers. Those cheers grew to a roar as the graduates chanted “MVP! MVP!” when the meaning of Smith’s message became clear.

Billionaire technology investor Robert F. Smith told Morehouse College’s Class of 2019 that he’s giving them the ultimate graduate gift: A grant that will wipe out their student loans. It will reportedly cost him an estimated $40 million https://t.co/vskMmNSR4l pic.twitter.com/KgFKc8Pxt6

Paschall said he’s still filled with gratitude that he was able to attend Morehouse, a historically black college with a storied past.

“It’s still hard for me to think of how astronomical of an accomplishment it is to graduate from Morehouse College,” Paschall said.

The debt relief is a gift that simply deepens his appreciation.

Paschall said his own student debt was substantial, but not crushing. He would have left Morehouse with a debt of about $7,000. He has many friends who graduated with much steeper obligations. “Some of those guys have $25,000 in debt, $100,000 in debt,” said Paschall. “Seeing how Robert Smith and his influence and his power and his wealth was able to change their lives forever is completely powerful.”

During his speech at Morehouse, Smith, the founder of the private equity firm Vista Equity Partners, referred to the graduates when he said “I know my class will make sure they pay this forward.”

Paschall said he’s always believed that given the opportunity, he would find ways to give back to others. Smith’s action underscores that.

He said a friend of his had to leave Morehouse after freshman year due to financial pressures, so Paschall feels the need to leverage his own opportunities by giving back in some way, “because there are so many people didn’t have the privilege to be here who are just as deserving.”

Not having to shoulder the burden of student debt is liberating, said Paschall, who will start teaching fifth grade at the Excellence Boys Middle Academy in New York City in the fall.