Georgetown University plans to expel two students linked to the nationwide college admissions scandal that has entangled dozens of wealthy parents and college coaches, including the school’s former tennis coach.

The university did not identify the students but said in a statement Wednesday that each one was addressed individually and given opportunities to respond and provide information.

“Applicants to Georgetown affirm that the information and statements contained in their applications are true, correct and complete. Knowingly misrepresenting or falsifying credentials in an application can be cause for rescinding the admission of the student and dismissal from Georgetown,” the statement said.

The school placed coach Gordon Ernst on leave in 2017 after finding irregularities in the athletic credentials of two students recruited to play tennis, spokeswoman Meghan Dubyak said. Georgetown asked him to resign, and he was employed by the university until January 2018.

Ernst is accused in federal court of taking more than $2.7 million in bribes from a foundation headed by William Rick Singer, who is at the center of the admissions scheme.

According to court documents, Ernst designated 12 Georgetown applicants as tennis team recruits, including one who did not play tennis.

California executive Stephen Semprevivo, a parent whose child attends Georgetown, pleaded guilty to paying more than $400,000 to facilitate his son’s admission to the university.

A lawyer for student Adam Semprevivo, who filed a lawsuit to prevent the university from rescinding his admission, said that his client received an email from the university informing him of his expulsion, The New York Times reported.

He told the newspaper that his client’s dismissal was too harsh a punishment.

The lawsuit alleges that Adam Semprevivo did not know about his father’s bribe and that he offered to withdraw from Georgetown if he could keep the credits he earned there for three years, but the school did not agree, The Los Angeles Times reported. 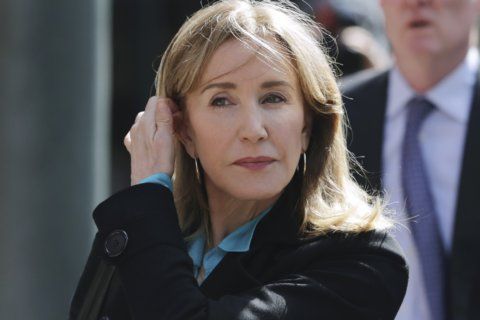