The Tidal Basin, which is home to the Jefferson Memorial, the Martin Luther King, Jr. Memorial, the FDR Memorial, and also a prime viewing spot to see D.C.'s famed cherry blossoms, was added to the list of "most endangered historic places" by the National Trust for Historic Preservation.
Listen now to WTOP News WTOP.com | Alexa | Google Home | WTOP App | 103.5 FM

The Tidal Basin, which is home to the Jefferson Memorial, the Martin Luther King, Jr. Memorial, the FDR Memorial, and also a prime viewing spot to see D.C.’s famed cherry blossoms, was added to the list of “most endangered historic places” by the National Trust for Historic Preservation. The group released its list Thursday.

The trust, which joined with the National Park Service earlier this year on a campaign to “save the Tidal Basin,” says as much as $500 million is needed to repair the sea wall and make other infrastructure improvements in the area.

The sea wall that surrounds the Tidal Basin was built late in the 1800s and is no match for the high tides that now swamp West Potomac Park. In addition, the popularity of the cherry blossoms in the spring lures thousands of sightseers each year, which puts a further strain on sidewalks and other infrastructure.

The trust’s list includes 10 other historic places “that face a range of challenges and threats, from climate change to inappropriate development to neglect and disuse,” the group said.

(See photos of all 11 “endangered” historic places below) 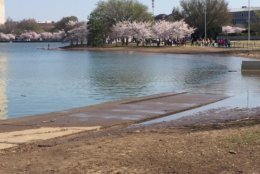 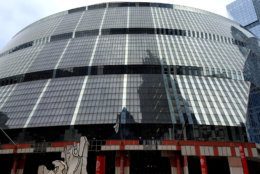 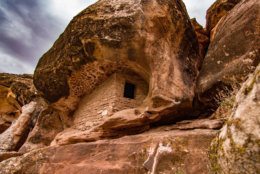 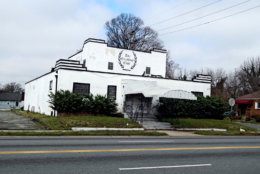 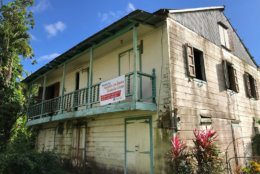 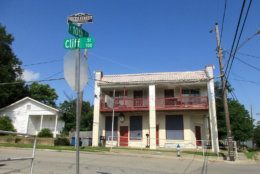 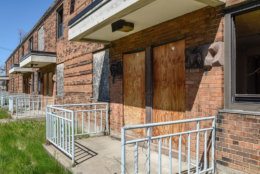 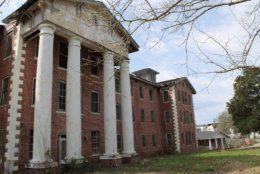 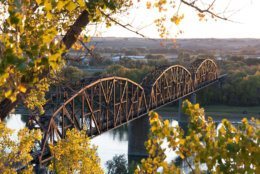 They include the Nashville country music mecca Music Row, which the trust says is threatened by new development; ancestral places in southeast Utah, which the group says are at risk from oil and gas extraction; and the Hacienda Los Torres coffee plantation house in Puerto Rico, which suffered damaged during Hurricane Maria in 2017.

Over the 32 years the group has released its list, it has named more than 300 places.

Last year, two local attractions were listed as “endangered” by the group.

The trust put Mount Vernon in Virginia and Piscataway National Park in Accokeek, Maryland, on the list citing the proposed gas compressor station near the park which the group said “has the potential to negatively impact the historic view from Mount Vernon and the natural beauty of Piscataway National Park.” Last fall, Dominion Energy announced it was reconsidering the site of its facility.

In addition, the trust said the City Dock Area in Annapolis, Maryland was threatened by a proposal to rezone parts of the city’s historic colonial district, which it said could damage quality of life and put a dent in tourism.