D.C. police say they’re investigating a Tuesday incident in Anacostia that led to four arrests. The incident was recorded by witnesses on their phones and the video is now circulating online, though it doesn’t show the entire confrontation from start to finish.
Listen now to WTOP News WTOP.com | Alexa | Google Home | WTOP App | 103.5 FM

The incident was recorded by witnesses on their phones and the video is now circulating online, though it doesn’t show the entire confrontation from start to finish.

The video begins with things already having gotten heated between a police officer and a man holding a cell phone close to the officer’s face.

The officer is seen hitting the phone out of the man’s hand, and a moment later shoving him back with both hands. Other video from the incident also shows people getting arrested as police try to push people back.

“The issue that we have is officer safety,” said Stephen Bigelow, the head of the D.C. Police Union, speakig to WTOP’s news partner NBC Washington.

Police affidavits from the incident obtained by NBC Washington and The Washington Post say the man “took an aggressive fighting stance, balled his fists and advanced toward” the officer in question.

It also says the officer “extended his arms in the direction” of that man to create space before arresting him.

The video that’s been circulating online doesn’t entirely match up with the claims made in the affidavit, but it also doesn’t show the entire sequence of events from beginning to end.

D.C. police tell The Washington Post they’re looking at both the video that’s on social media as well as body cam footage collected by numerous cops who responded to try to get the whole picture. 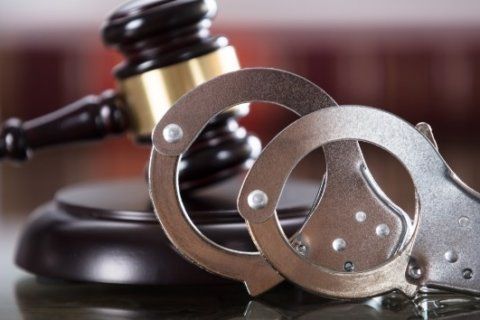