After restoring one of D.C.’s most historic buildings, Apple has opened the doors to its latest store, Apple Carnegie Library on Mount Vernon Square. According to Apple, this is the company’s most extensive project yet.

While preserving the building’s early 20th century details from when it first opened as D.C.’s central public library in 1903, the store’s focus will be continuing the building’s tradition of creating community with free daily “Today at Apple” programming all while helping small businesses, among other creative offerings.

Carnegie Library is also now home to the new D.C. History Center, which includes the Kiplinger Research Library, three galleries and a museum store, all owned and operated by the 125-year-old Historical Society of Washington, D.C.

Gidon Feen has waited years for something like this to come to the area.

“I was not expecting it to be such an open, bright space,” Feen said.

Saturday also marks the start of the StoryMakers Festival, which will celebrate the store’s grand opening for the next six weeks with poets, activists filmmakers and other local artists before wrapping up with a weekend block party. During the festival, 40 artists will also lead sessions, free to the public. Feen says he’s excited to take it all in. 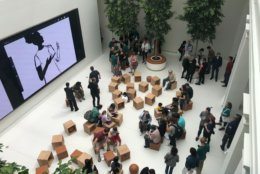 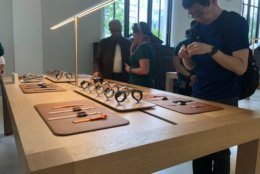 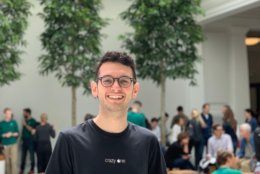 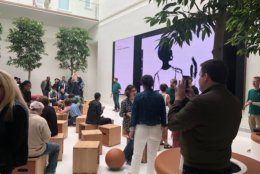 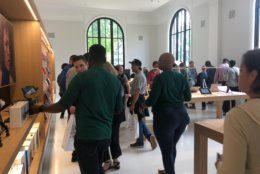