Millions of dollars in repairs remain for earthquake-damaged National Cathedral

In eight years, more than $15 million has been spent on repairs made to the Washington National Cathedral for damage caused by a 2011 earthquake, but the work is far from complete.

In eight years, more than $15 million has been spent on repairs made to the Washington National Cathedral for damage caused by a 2011 earthquake, but the work is far from complete.

To date, another $19 million still needs to be raised to finish all the damage Mother Nature caused, according to the cathedral’s Director of Preservation and Facilities Jim Shepherd.

“As a result of us not having someone who has given us all that $19 million at once, we’ve had to basically phase our construction and repairs … As the money comes in, we plan a project and implement it,” Shepherd said.

The biggest project the cathedral is facing is repairing the top of the central tower, where the damage was the heaviest. Right now, scaffolding is in place as some of the work gets underway.

“The energy really released in the higher elements, or pinnacles as we call them, on the outside of the building and that’s where they really twisted, rotated or failed,” Shepherd said.

On the central tower, the four main pinnacles need to be taken apart, have parts rebuilt, then reinstalled. Kevin Eckstrom, the cathedral’s chief communications officer, said that will take three years to do and will cost nearly $5 million to complete.

Eckstrom said in an email to WTOP that the entire south side of the cathedral saw damage from the quake, some of it major, the rest minor.

“It’s all stable, but if you look up you’ll notice missing pinnacles, spires, etc.” Eckstrom said.

As the current projects continue, fundraising also continues as the cathedral tries to raise all the money needed to complete all the necessary repairs. One of the latest fundraisers is the building of a Lego version of the cathedral, which visitors who make a donation can help build.

Watching what took place in France at Notre Dame has captured the attention and prayers of those at D.C.’s sister cathedral. Notre Dame saw an influx of donations after the devastating fire there which will mostly cover the costs to repair the damage.

While the Washington Cathedral hasn’t been fortunate enough to receive all the money it needs for repairs in donations yet, the Very Rev. Randolph Hollerith, dean of the Washington National Cathedral, said he’s happy to see the support coming in for the Paris Cathedral.

“I have nothing but sadness for the great loss that has taken place there and real joy for the grace and generosity of people who have stepped up,” Hollerith said. 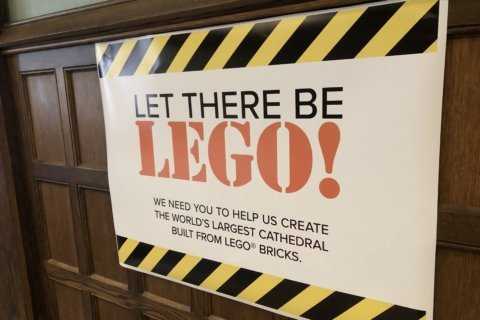 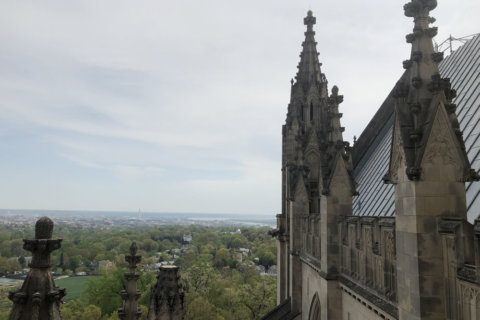 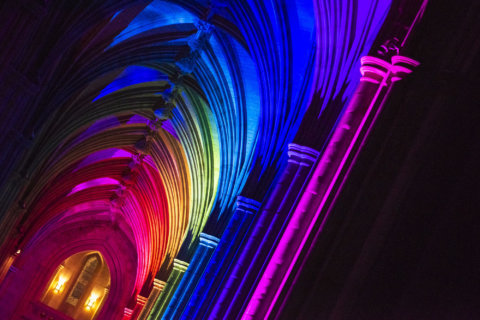