Dinosaurs come to life at National Zoo this summer

Among the many animal species to see at the National Zoo, dinosaurs will live among them in puppet and animatronic form from June to August.
Listen now to WTOP News WTOP.com | Alexa | Google Home | WTOP App | 103.5 FM
(1/9) 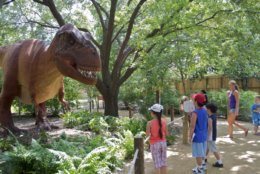 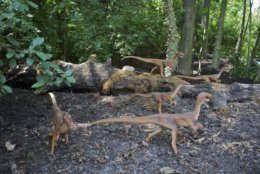 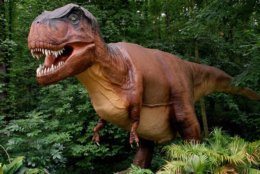 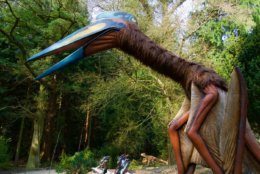 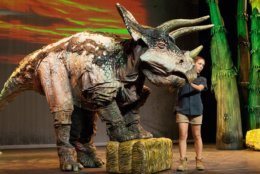 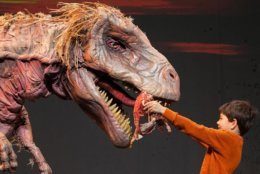 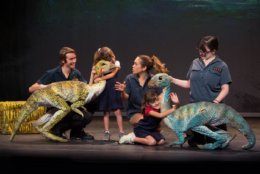 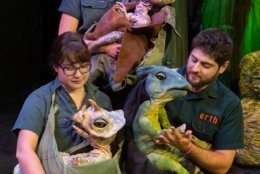 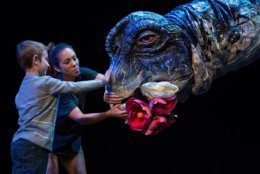 Smithsonian’s National Zoo is getting ready to host a summer of epic proportions: Among the many animal species to see, dinosaurs will live among them all from June to August.

Through its “Dino Summer,” the National Zoo is offering two distinct experiences to marvel at the prehistoric creatures using life-size, animatronic replicas and a puppet show.

DinoRoars will feature a 39-foot-long T. rex with “electronic brains to activate and control movements and produce the sounds,” according to a news release from the zoo. Visitors will also see replicas of a Compsognathus, Dilophosaurus, Parasaurolophus, Stegosaurus, Quetzalcoatlus and even some baby dinos. DinoRoars is free to the public.

Performances will start at 10:30 a.m., 1:30 p.m. and 4:30 p.m. Tuesday through Sunday at the zoo’s visitor center theater. Tickets are $10 for adults and $8 for children; discounts are available for Friends of the National Zoo (FONZ) members and groups of four or more through the “four-asauras” ticket pack. Tickets go on sale May 8 to the general public and on May 1 to FONZ members.