Days after a civil suit alleging that at least eight children were sexually abused at a Washington Hebrew Congregation preschool was filed, the D.C. attorney general has launched a criminal investigation into the preschool and its administration.
Listen now to WTOP News WTOP.com | Alexa | Google Home | WTOP App | 103.5 FM

Days after a civil suit alleging that at least eight children were sexually abused at a Washington Hebrew Congregation preschool was filed, the D.C. attorney general has launched a criminal investigation into the preschool and its administration.

“We can confirm that the Office of the Attorney General is conducting an investigation of the Washington Hebrew Congregation preschool, however, we will decline to comment further at this time,” a spokesperson told WTOP.

The families who filed the suit say Jensen ignored multiple reports about an employee’s odd behavior with the children, who were 3 and 4 years old.

They also say the school broke D.C. law by allowing the man to be alone with students.

In an emailed statement Thursday, Michael Dolce, a lawyer to the plaintiffs in the case and a partner at Cohen Milstein Sellers & Toll, said, “The families are encouraged by the attorney general’s criminal investigation.”

“Child sex predators cannot sexually abuse such young children in a school unless the school neglects its duty to ensure child safety. We believe D.C. regulations mandate, under penalty of criminal prosecution, that school administrators ensure that two adults are present at all times with children to prevent a tragedy exactly like this,” Dolce said.

In a statement this week, a Washington Hebrew Congregation spokeswoman said it reported allegations to D.C. Child Protective Service and Police as soon as it learned of them on Aug. 16, 2018.

According to the lawsuit, the teacher was frequently “allowed and encouraged to be alone with the children individually and in small groups,” the families’ attorneys wrote in a statement.

D.C. police have not filed charges against the employee but confirm he is under investigation. 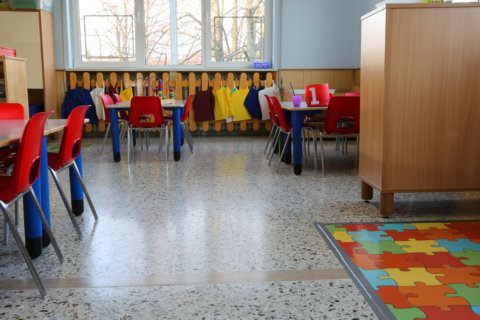