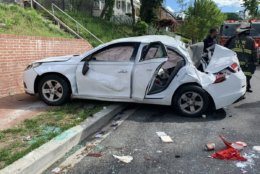 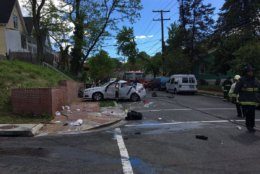 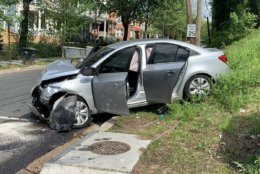 A man from Southeast D.C. has been charged with second-degree murder following an Easter Sunday rollover crash that killed a pedestrian and left several others injured, D.C. police said Monday.

Dejuan Andre Marshall, 21, of Southeast, faces second-degree murder charges in the death of 31-year-old Abdul Seck, from the Bronx, New York, who was struck after Marshall’s Chevrolet Cruz hit a Chevrolet Malibu at the intersection of 16th and V streets SE around 3 p.m. Sunday.

According to police, Marshall was speeding eastbound in the 1400 and 1500 blocks of V St when he crashed into the Malibu, which caused the Malibu to strike Seck, who was walking in the 2100 block of 16th St.

Marshall, Seck and four people from the Malibu — a man, woman and two underage victims — were taken to the hospital, where Seck later died.