A worker who was stuck about 120 feet up a radio tower in Northwest D.C. is back on the ground after first responders rescued him Wednesday.
(1/6) 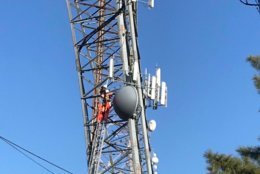 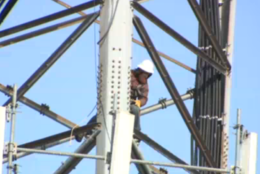 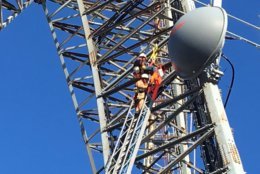 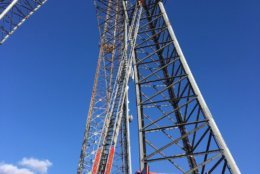 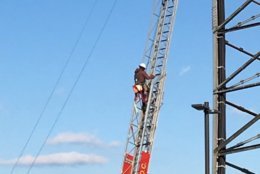 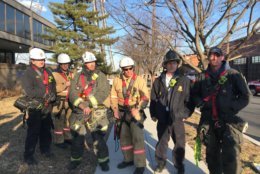 A worker who was stuck about 120 feet up a radio tower in Northwest D.C. is back on the ground after first responders rescued him Wednesday.

D.C. Fire and EMS tweeted that the worker had a harness and safety equipment. He had hypothermia issues and could not lower himself.

D.C. Fire arrived with a 100-foot ladder to the Brightwood neighborhood to rescue the worker, who managed to work his way down the last 20 feet and descended the ladder safely to the ground. The department said the call was first received at 1:20 p.m.

Rescue Squad 2 firefighter Greg Whisonant said the worker was not in distress at any point, “just in a position where he needed some assistance getting down.”

“This was a rope access technician, this guy does this type of work all the time,” said Whisonant. “He just got into a bad spot and we just came in to help him out.”

EMS evaluated the worker on the scene and didn’t need to take him to the hospital.

Update hi angle rescue. #DCsBravest have teams working to reach worker from below with an aerial ladder and from above by scaling tower. Also have high crane enroute with police escort. pic.twitter.com/ErpL8TRJ4h

Whisonant described the worker as being in “great spirits,” and “very involved in his own rescue.”

“He seemed to be very happy he’s on the ground, and he took the time to thank each and every one of our Fire and EMS personnel for their efforts to get him to safety,” said DC Fire and EMS spokesman Vito Maggiolo.

WTOP’s Dick Uliano contributed to this report from the scene in Northwest D.C. 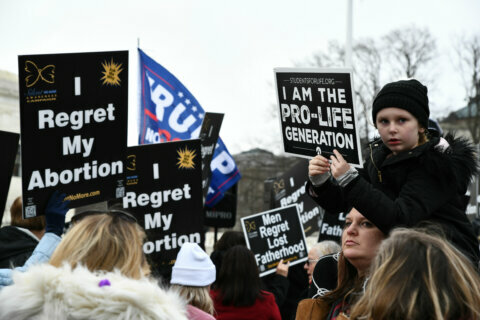