What started as a chilly morning proved to be perfect running conditions for participants at the Rock 'n' Roll Marathon Saturday morning in D.C. See photos and video of the runners.
Listen now to WTOP News WTOP.com | Alexa | Google Home | WTOP App | 103.5 FM

What started as a chilly morning proved to be perfect running conditions for participants at the Rock ‘n’ Roll Marathon Saturday morning in the District.

The full marathon and half marathon lasted for hours, winding through the city streets and quiet neighborhoods of D.C. After uphill climbs and pushing physical limits, Katie Walter, 27, was the first woman to cross the finish line for the full marathon.

“It was really fun. It actually felt really good the first 20 miles but the rolling hills at the end really got to me,” said Walter.

Focusing on beating her own time and not worrying about the competition paid off for her.

“You never know who is going to show up to these kinds of races,” she added. 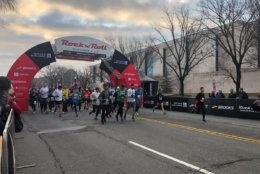 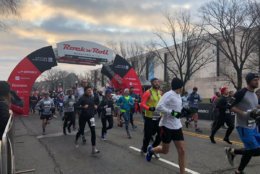 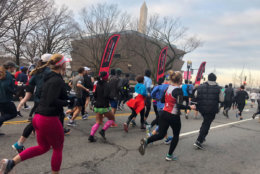 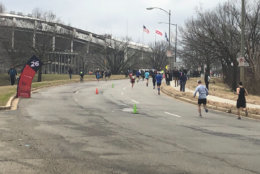 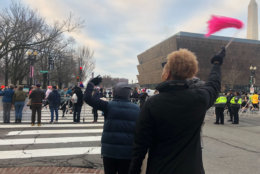 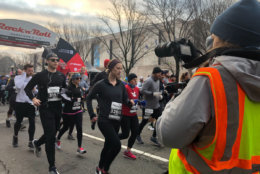 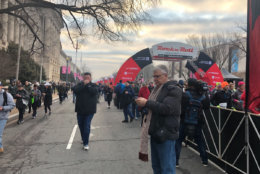 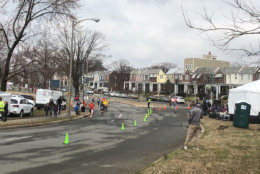 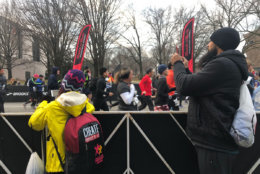 Representing Baltimore in Saturday’s race, Louis Levine, came in third place with a time of 2:32 — a rewarding end to the morning.

“I expected it to be challenging so it was pretty rewarding coming to the finish line,” said Levine.

Tracking his progress and keeping his pace, he says having a group of guys to run alongside him during the course helped.

“It was just nice being out there with a group of guys just pushing,” added Levine.

Now, like most of the runners, he’s looking forward to some much needed rest after a day of enjoying the nation’s capital on foot.