‘Oh say can you see?’: Anthem performers try out at Nationals Park

With less than two weeks to go until opening day, the Nationals held open auditions Monday for national anthem performers.

Each was asked to step up to a microphone inside Nationals Park, and sing “The Star-Spangled Banner” a cappella as their voice echoed around the ballpark.

A few people chose to play the anthem on a musical instrument.

Among those trying out was Lisa Johnson of D.C., whose stage name is Lisa J. She said “The Star-Spangled Banner” is difficult for many singers. 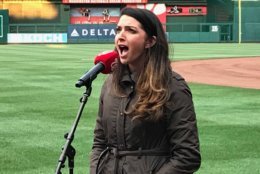 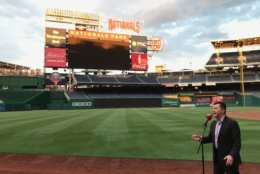 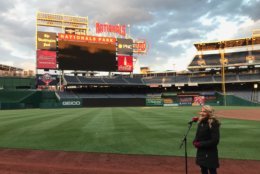 How does she think her audition went?

“Okay. I think I could have done better on my pacing. The mic was new to me, so the echo was a little … different to get used to,” Johnson said.

Patrick Mason of Annapolis, Maryland was also trying out. He has been performing anthems for about 25 years at venues large and small.

“Whether it’s for eight people or 80,000 — it’s just an incredible honor to be able to perform the national anthem and honor the United States,” Mason said. “I’ve worked for the government for many years, supported the military for many years, so I always jump at the chance.”

Two judges with clipboards looked on as each performer or group took their turn. One of them was Nationals’ entertainment director Tom Davis, who said the open auditions are fun.

“Anybody is allowed to come in and see if they’ve got the chops to give it a whirl,” he said.

Davis said they want to hear performers hit all the right notes, but also keep the anthem as traditional as possible.

“We’ve only got so much time on the field before pregame, so 90 seconds or less is really what we’re looking for,” he said. “You might not see us out here timing or anything, but we’ve got an idea — we’ve heard enough throughout the many years being here that we know what a 90 second anthem is.”

Those who auditioned Monday will learn Friday whether they’ve been chosen to perform at a Nats home game.

The team is also accepting audio or video demos from anthem performer hopefuls until May 15 at anthem@nationals.com. 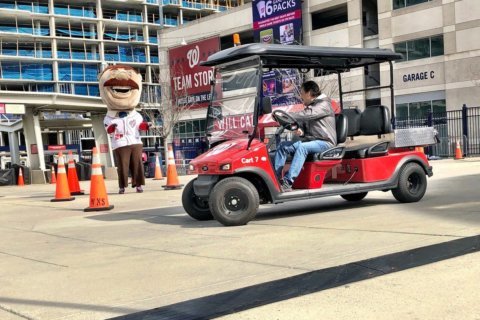 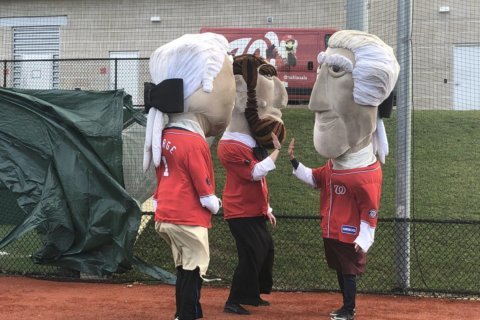