The chair of the D.C. Council’s Finance and Revenue Committee is apologizing in response to accusations he used his elected, public position for private gain.

“In retrospect, I would have done a lot of things differently; I certainly made some major mistakes,” D.C. Council member Jack Evans, D-Ward 2, told reporters shortly after learning there would be a resolution introduced to reprimand him.

“I want to take this opportunity to apologize to my constituents, to the residents of the District of Columbia and to my colleagues,” Evans said. He did not respond to questions.

“Council member Jack Evans violated the council’s code of conduct when he used his office to email business proposals to potential employers. I will therefore be introducing a resolution later today to reprimand Mr. Evans for his actions,” Mendelson said.

The proposed reprimand resolution was filed with the council secretary Tuesday afternoon.

It cites proposals made by Evans that outline how he could generate business for law firms by using his status and experience as the council’s appointee to Metro Board, as a council member and as the Committee on Finance and Revenue chair. It states solicitations occurred on several occasions, including in 2015 and 2018, when Evans directed an employee of the council to use government resources to email “business proposals seeking employment.”

The reprimand also specifies how it does not pertain to issues that have the potential to lead to “other sanctions” currently under investigation by the Board of Ethics and Government Accountability and the U.S. attorney’s office.

Citing the council’s code of conduct, Mendelson added earlier Tuesday that a council member “‘may not knowingly use the prestige of office or public position for [his] private gain,’ and that government resources shall not be used for personal business.”

“This reprimand will send a clear message that Mr. Evans’ actions are not only unacceptable but are inconsistent with the council’s ethical standards,” Mendelson said.

The resolution to reprimand Evans isn’t expected to be before the full council for at least another couple weeks. 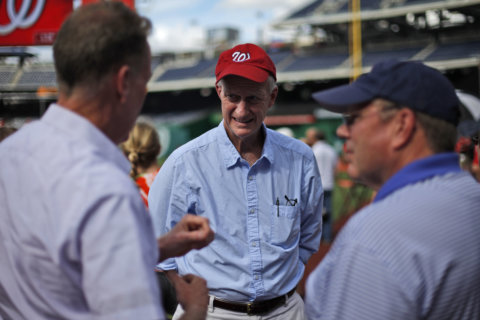