Coronavirus News: Fairfax Co. votes to increase substitute teacher pay | Is it time to get a COVID-19 booster? Which one? | Local cases of COVID-19 | How many in DC region are vaccinated?
Home » Washington, DC News » Cycle for Survival fundraiser…

Across the country and in D.C., people gathered Saturday afternoon to sweat it out, part of Cycle for Survival, an annual event to raise funds for research in hopes of defeating rare cancers.
Listen now to WTOP News WTOP.com | Alexa | Google Home | WTOP App | 103.5 FM

Across the country and in D.C., people gathered Saturday afternoon to sweat it out, part of Cycle for Survival, an annual event to raise funds for research in hopes of defeating rare cancers.

Cycle for Survival is 13 years old and 100 percent of funds raised by teams that were spinning at Equinox Sports Clubs in Northwest and at several locations across the country, will be allocated within six months to fund research at Memorial Sloan Kettering in New York.

For Michele Lynch, this fun, high-energy event hits close to home. Her fiancé was diagnosed with metastatic melanoma a short time before they got married.

“We were living abroad. It was three weeks before our wedding, so it was a very crazy time,” she said.

He took part in a clinical trial through Memorial Sloan Kettering, “where he had really great results and we had 18 months of being a married couple, but he — we had that dreaded appointment that no one wants to have where they said there’s nothing else we can do,” she said.

Elizabeth Stevens cycles to raise research money so other patients and families battling thyroid, brain, ovarian, pancreatic, childhood and other rare cancers don’t have to share the pain of losing a loved one to these diseases.

This was her fourth time participating in Cycle for Survival. Her first year was with her late husband when he was diagnosed with a rare cancer called sarcoma. “This became just such a fun event for us to channel our energy and feel like we were making a difference for rare cancer research,” Stevens said.

Since 2007, more than $210 million has been raised for rare cancer research through Cycle for Survival.

Dr. Gopa Iyer, a medical oncologist with Memorial Sloan Kettering Cancer Center, said funding from past cycling events is having a direct impact on options for bladder cancer patients. It could mean treatment without surgery for some.

“One of the things that we know and have known, actually for many years, is that some patients who have bladder cancer are extremely sensitive to chemotherapy, that their tumors actually can literally melt away with chemotherapy. But right now, all patients with bladder cancer still have to go through a very invasive surgery to actually remove their entire bladder. Typically, it’s replaced with a bag on the outside to hold their urine, which clearly is a major impact on their quality of life and their body image overall.”

Iyer said that led them to look into what makes those tumors so sensitive to chemotherapy.

“And then we asked the next question which is, ‘If they had such a great response, maybe that’s all they need and they don’t need to go through that surgery at all.’”

Iyer said that they looked at the tumors of hundreds of bladder cancer patients and did genetic sequencing on them.

Iyer said a clinical trial opened about five months ago, and people don’t have to be treated at Memorial Sloan Kettering in order to have their bladder tumors sequenced as part of the trial.

“This is what we call a cooperative group study which basically means that there are hospitals around the country that participate in this study. So, as long as they can basically give the chemotherapy to the patient, they can have all of their treatment at the local hospital.” 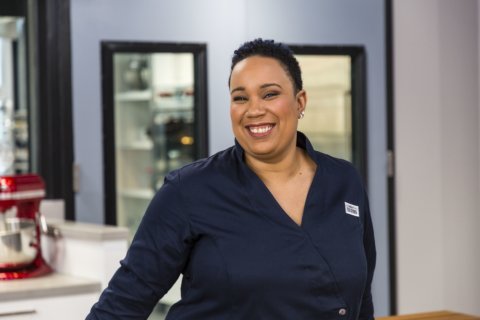