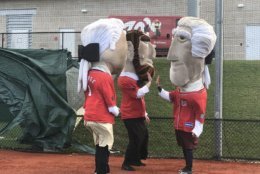 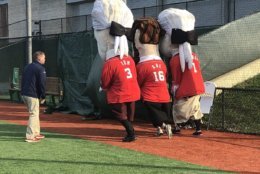 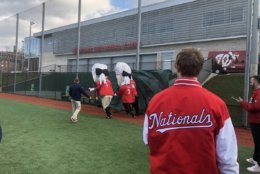 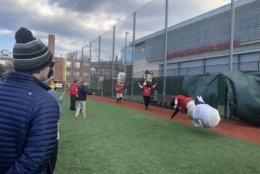 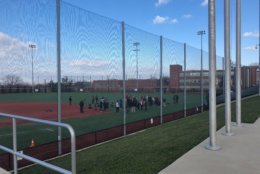 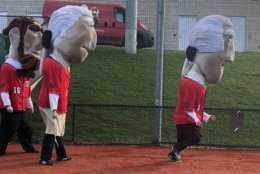 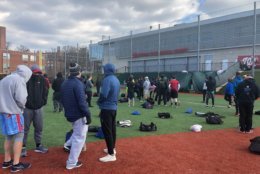 WASHINGTON — There’s already chatter about who may run for U.S. president in 2020, but for fans of the Washington Nationals, a more important presidential contest broke out on Sunday afternoon.

People auditioning to be the next Racing Presidents for the Nats ran and danced while balancing large, heavy costume heads on their shoulders Sunday at the Washington Nationals Youth Baseball Academy in Southeast D.C.

In order to make the cut, the presidential candidates have to run a 40-yard dash and participate in two races from center field to first base. There’s also the freestyle dance, more of a balancing act with about 50 pounds of president on their shoulders.

A total of 55 competitors were invited, including a record six women. Jane lives in D.C. and said she’s been a mascot before, but the opportunity to don a Racing President costume took her to a whole new level.

“You just gotta get out there and have lots of fun, make a fool of yourself,” Jane said. Representing the ladies out on the field, she said auditioning with the guys would not stop her from giving her best out in the field.

Presidential candidates have a shot at dressing as Tom, Abe, George or Teddy for the upcoming Nationals season. Those chosen will be tasked with pumping up the crowd and playing nice with the other presidents. Their first appearance on the field in D.C. will be during a spring training game against the Yankees at Nats Park on March 25. The season opens in Washington on March 28 against the Mets.

Jane made it clear she came to win a spot on the team. She said she didn’t think the Teddy costume would not get her across the finish line. She noticed people wearing Teddy’s head kept on falling behind or falling flat on their faces during the auditions. “I wanna be one that wins, so I’m not looking to be Teddy,” she said.

Across the field, Pat stood silently. “I’m really nervous. I woke up with butterflies this morning,” he said. Despite the nerves, he had a game plan, and was hoping to suit up as Abe.

“He seems to be a little more stable,” said Pat.

While some candidates worked out the nerves, Nathan made clear, he wasn’t worried, especially when it came to the freestyle dance.

“I think it’s kind of a game-time decision. We’re going to see which rabbit I pull out of the hat once that mask is on,” said Nathan.

May the best president win.