With temperatures feeling close to zero degrees, many spectators wore several layers and held on tightly to hot drinks as the parade made its way through Southeast D.C. on Monday. See photos and video.
Listen now to WTOP News WTOP.com | Alexa | Google Home | WTOP App | 103.5 FM

“Martin Luther King really set the way for all of us,” said Tony Towns, who took part in the 38th annual holiday parade.

Along the Anacostia Avenue that bears his name, many participants held banners that prominently displayed portraits of King, while others played go-go music from flatbed trucks. Other floats replayed King’s historic speech, which happened just across the Anacostia River in 1963.

The temperature was in the teens for the event, with it feeling close to zero degrees, but many spectators wore several layers and held on tightly to hot drinks as the parade made its way through Southeast D.C.

“It’s really, really, cold,” said Ben Ado, of Ward 8. But coming to the event had become an annual tradition for him for many year, he added. 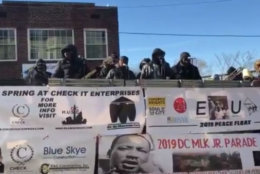 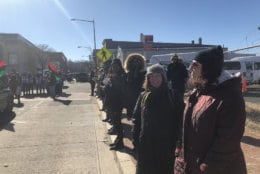 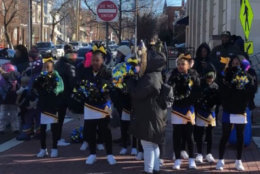 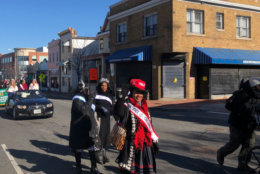 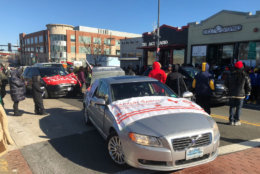 Though the cold may have kept some people away this year, Ado said over the past few years, the parade has diminished in size. “It’s kind of sad to see the parade getting smaller and smaller. They used to go all the way like, I think, about a 3 or 4-mile radius,” Ado said.

According to parade organizers, the parade began in 1979 by the late Dr. Calvin W. Rolark, who was the founder of The Washington Informer, and his wife Wilhelmina J. Rolark, the late D.C. Council member for Ward 8.

For Lucinda Woodland, the bitter January cold wasn’t going to keep her from taking in her yearly tradition.

“The people during the civil rights movement came out — whether it was cold, warm, the fear, anger — and they did all of that, and they still came out and marched,” Woodland said. “So, I can come out and brave the cold for a few minutes, for these people.” 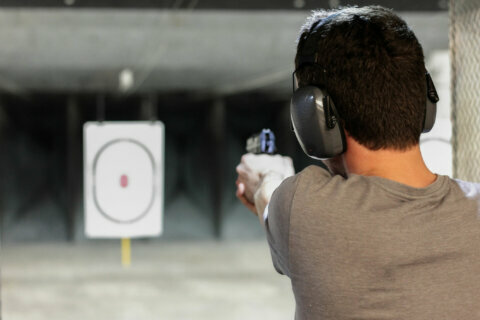