2 suspects arrested, millions of dollars’ worth of heroin seized in DC

The arrest of two suspected drug dealers has led to the seizure of a cache of weapons, millions of dollars of heroin and a Maserati, District and federal officials announced Friday.
Listen now to WTOP News WTOP.com | Alexa | Google Home | WTOP App | 103.5 FM

WASHINGTON — The arrest of two suspected drug dealers has led to the seizure of a cache of weapons, millions of dollars of heroin and a Maserati, District and federal officials announced Friday.

“We believe this is one of the largest seizures of heroin in this area,” Police Chief Peter Newsham said.

An undercover agent for the Bureau of Alcohol, Tobacco and Firearms last month bought guns, marijuana and heroin from one of the suspects, a 28-year-old man who was arrested last Dec. 19 at his home in Falls Church, Virginia, and who faces gun and drug charges, Newsham said.

On the same day, he said, the house of the first suspect’s supplier, on Foote Street in Northeast, was raided the same day and 40 kilos of heroin, more than 40 pounds of marijuana, six semi-automatic guns, a Maserati and drug paraphernalia were seized.

The chief said the heroin had a wholesale value of $2.5 million, and the street value would likely be much more.

“Because we have removed this heroin from our streets,” Mayor Muriel Bowser said, “we know for a fact that we will save lives.”

Referring to the guns, Newsham said, “you know this is near and dear to my heart,” adding,  “anyone who is selling illegal firearms in our community is contributing to violence in our community.”

Tom Chittum, the special agent in charge of ATF’s D.C. field division, agreed, saying that “when guns and drugs meet, violent crime erupts.” He added that cooperation between the agencies was key: “When we work together, we have great success.” 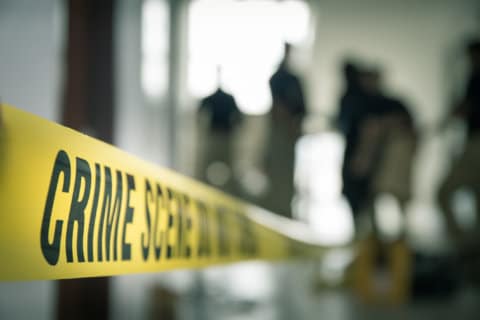