At the editor’s desk: WTOP’s Judy Taub retires after 35 years

After 35 years at the WTOP editor’s desk, Judy Taub’s last day in the newsroom came on Friday. As she neared her well-earned retirement, those at the station who learned from her – which is pretty much everyone – stopped to reflect.
Listen now to WTOP News WTOP.com | Alexa | Google Home | WTOP App | 103.5 FM
(1/12) 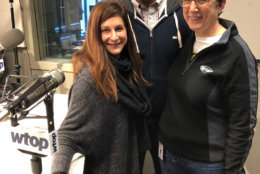 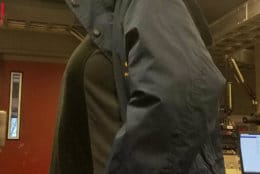 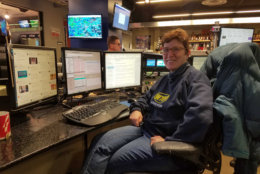 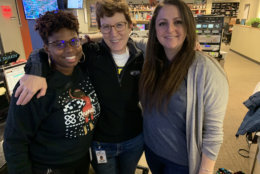 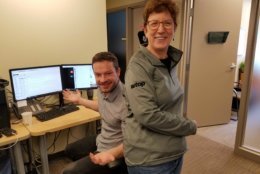 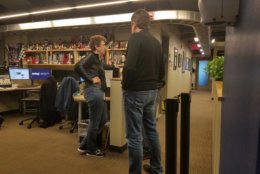 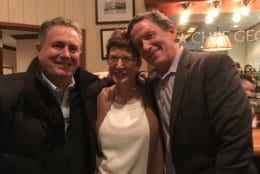 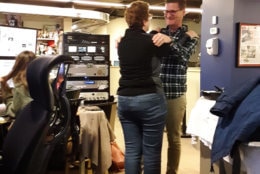 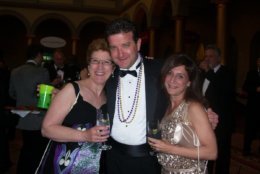 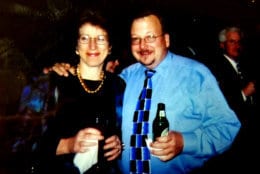 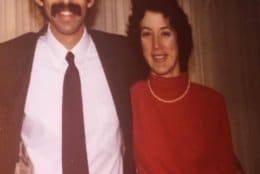 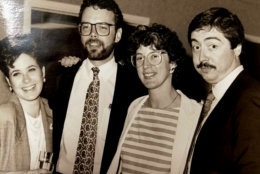 WASHINGTON – After 35 years at the WTOP editor’s desk, Judy Taub’s last day in the newsroom came on Friday. As she neared her well-earned retirement, those at the station who learned from her – which is pretty much everyone – stopped to reflect on what she brought to the culture of WTOP and the influence that she’ll have long after she’s gone.

“We will miss her immeasurably. She has been a mentor and a guiding force,” anchor Debra Feinstein said on the air Friday afternoon. “The heartbeat of the newsroom,” anchor Mark Lewis added.

Joel Oxley, WTOP’s senior vice president and general manager, called Taub, a former news director at the station, “the true heart and soul of the WTOP newsroom. … We all owe Judy the deepest gratitude.”

Taub announced her departure in October, and the newsroom has had two months to prepare for her departure. It hasn’t helped much. But Mike McMearty, WTOP’s director of news and programming, pointed out a bright spot: the tributes and remembrances “and the accolades that she’s been able to enjoy” from current and former co-workers. “I think it’s really meant the world for her. … There’ve been quite a few tears and hugs, and I think that’s great.”

WATCH: WTOP’s Judy Taub reacts to on-air tribute from her anchors, and is celebrated by the newsroom

McMearty started as Taub’s assistant in 1992. He called Taub “a one-woman news machine. She is the most well-read, dedicated employee that we probably have. And we’re going to miss her tons – it’s a lot of institutional knowledge going out the door.”

When News Director Darci Marchese came to WTOP in 2004, she “didn’t know Fairfax from Montgomery County.” Taub trained her at the editor’s desk, and from there Marchese became a reporter, learning how Taub saw the big picture.

“She had a knack of knowing who she can push, and to do what,” Marchese said. “I remember walking in a few times and [hearing] ‘I’ve got you booked in three minutes!’ And you hear that sometimes in the newsroom today.”

News Director Julia Ziegler also started as an assistant to Taub. (That’s not a rare way to start, you may have noticed.) “Working with ‘Judy Taub at the Editor’s Desk’ is a rite of passage of sorts for all newbies at WTOP,” she said.

Being a reporter means diving into the nuances and details of a story; being an editor often means pulling the reporter out of what can sometimes be a morass. Digital Editor Colleen Kelleher, a 22-year veteran who also started by Taub’s side, pointed out that a reporter needs to condense a mass of information – interviews can last an hour or more — into a half-minute story that tells the listener what they need to know and why they need to know it.

“A reporter can sometimes have a one-track mind of looking at something,” Marchese said, “And [Taub] will make reporters think, and sometimes they get frustrated, but she would really push reporters to ask that extra question, to go one or two steps further, to just [focus] on the big picture: Why does that story matter? She knew what stories matter to people.”

‘She lets you know if you’ve screwed up’

Taub was also responsible for determining which stories from networks, wire services and our own reporters went on WTOP’s air in the middays and in which order, as well as whether, when and how changes needed to be made on the fly. Her focus and drive could ruffle feathers – it did ruffle feathers.

“In a breaking-news situation,” Kelleher said, “she is so laser-focused that you do not want to get in her way.”

Capitol Hill correspondent Dave McConnell, the only person currently with a longer tenure at WTOP than Taub at 53 years, said amen to that — “She lets you know if you’ve screwed up, which I think is proper.” But he added, “We always resolved that our friendship would not be affected. And we also knew that it was for the best. Her instincts were good and I appreciated that.”

“She came in at a time when it was a male-dominated profession,” McMearty said, “and I think you had to have an extra-thick layer of skin, and you had to be a little bigger and bolder to make yourself heard in that environment. And I think she’s carried that with her all throughout. And it’s served her well when the [expletive] hits the fan with breaking news, she has a great mind for it.”

“If there’s a disaster, you want Judy at the editor’s desk,” McConnell said. “Not that the other editors couldn’t do it – I don’t mean to diminish them. But Judy has that rare quality of grace under pressure, and determination under pressure – ‘We will get through this; we will do this story.’ And she never panics; maybe inside, but on the outside she’s a rock.”

At the same time, McMearty pointed out an underrated strength: “Sometimes the greatest skill is knowing when not to go with a story, and there have been numerous times when her sense for what just doesn’t seem right, and holding the story when everyone else is going with it. It takes a lot of guts, and she’s done that on more than one occasion.”

McMearty added that she “didn’t suffer fools gladly,” but that anyone who earned her respect quickly learned there was more to her than meets the eye. “As rough as her exterior was, her heart was that much bigger.” If you earned her respect, “you were let in the door, and then you found out how big a heart she has.”

“She’s a caring person,” Marchese said. “She always takes the time to ask reporters how they’re doing, and to ask us about our families. And she didn’t ask just to ask.”

“Judy is bound by her high journalistic standards,” Cloherty said. “And that level of commitment usually means more calls need to be made, more details are needed and it likely requires a trip outside the newsroom. That’s how it’s supposed to be. …

“I have learned so much from Judy that I’ll pull through my career, but I know in the end what really sticks is the caring she shows to those she works with. She genuinely wants the best people by her side; she wants those people cared for, and, in turn, she demands the best product from everyone.”

On her last day in the WTOP newsroom, Taub sat at the editor’s desk accepting hugs and handshakes, but also double-checking the work of young editors Madeleine Simon and Anagha Srikanth on the day’s news — stories ranging from the impending government shutdown to an interview with the Santa Claus at Tysons Corner.

“If [Lewis and Feinstein] are in the middle of an actuality, they can’t hear you” over the intercom, she advised Simon. ”It’s better to wait for a commercial.”

She also walked around the newsroom doing what she does every day.

“It’s a little confusing,” she told reporter Mike Murillo after previewing his story. “Either readjust the lead or the piece.”

Seconds after McConnell spoke with me, and with less than three hours to go in Taub’s tenure at WTOP, the two debated the merits of a story he was pitching. “Let me know when you get more,” she said.

McConnell agreed – and as he walked away, he said of Taub’s continued rigor, “that’s classic.”

Right after the on-air tribute from Lewis and Feinstein and a tear-filled address from Taub to the rest of the newsroom, the operation returned to relative normalcy.

The anchors dived back into the recent health news regarding Supreme Court Justice Ruth Bader Ginsburg and the reactions to President Trump’s decision to withdraw American troops from Syria. “Is there a procedural vote [in the Senate] right now?” editor Letese’ Clark asked anchor Hillary Howard as both prepared to assume the desk and studio, respectively.

The thing about a 24-hour operation like WTOP is, even after people leave, it keeps going. Any time, day or night, the machinery of this thing, and the people who run it, keep moving forward.

If, as WTOP rolls on, you can’t tell much of a difference without Judy Taub at the editor’s desk, that’s a testament to how well she taught everyone who’s following her.

“She is one of the people in my life who I will remember forever,” Kelleher said. “If I ever have a bad day, I’m going to think, ‘How would Judy handle this?’ And move forward.”

With 18 minutes left on her last day, Howard and anchor Shawn Anderson, who won’t be on the air until after Taub has left, confer on a point. Taub overhears them, but not well enough.