Coronavirus News: 'Is It Normal Yet?': A local hospital amid Delta | Pfizer to seek approval for kids in 'days' | CDC chief: Get vaccinated, stop variants | Enough vaccines for boosters | Latest cases in DC region
Home » Washington, DC News » Thousands turn out for…

Thousands turn out for Army Ten-Miler

Roughly 35,000 people were up bright and early Sunday outside the Pentagon, ready to run the 34th annual Army Ten-Miler. The race draws people from all 50 states as well as those from other countries who want to run from the Pentagon into D.C. and back again.
Listen now to WTOP News WTOP.com | Alexa | Google Home | WTOP App | 103.5 FM
(1/16) 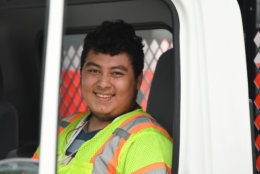 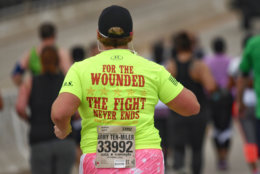 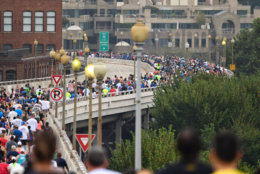 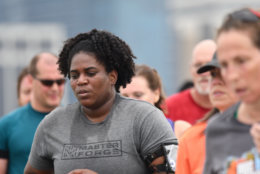 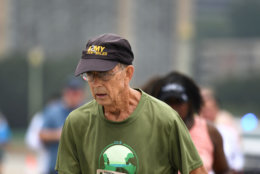 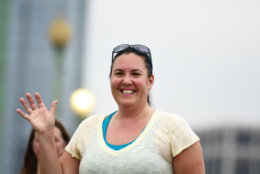 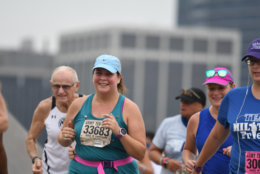 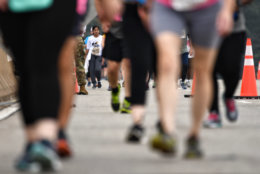 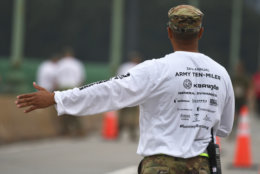 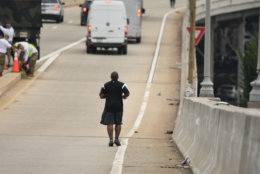 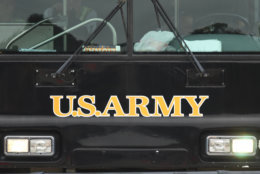 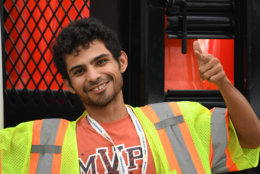 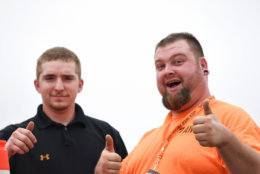 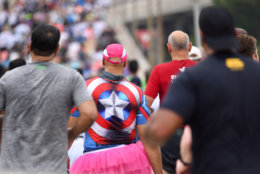 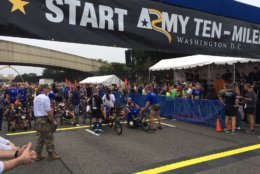 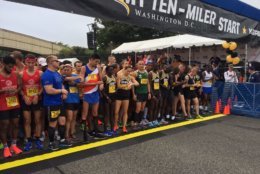 WASHINGTON — Roughly 35,000 people were up bright and early Sunday outside the Pentagon, ready to run the 34th annual Army Ten-Miler. The race draws people from all 50 states as well as those from other countries who want to run from the Pentagon into D.C. and back again.

Runners took off promptly at 8 a.m. as a cannon fired in the distance. The last waves of runners were still waiting for their turn to start as the fastest elite runners made their way across the finish line.

Frankline Tonui was this year’s winner, crossing the finish line in a time of 50:23. Right on the heels of the soldier stationed at Fort Sam Houston in Texas was Evans Kirwa, who is also stationed there. Seven seconds behind them, Girma Mecheso finished in third place.

And they’re off! The Army 10 Miler has taken off, heading to DC and back here to the Pentagon. More @WTOP pic.twitter.com/VHFsMW8MKr

Susan Tonui was the fastest woman, finishing in 56:33. In second place was Julia Roman-Duval of Columbia, Maryland, at 57:17 and in third was Emily De La Bruyere who finished in 59:07.

Greg Sloane of Gaithersburg, Maryland, who also coaches on the track team at Montgomery College, was the first local runner to cross the finish line.

“I love the crowds,” he said. “People are really supportive out there because it’s a tough race and when you have people cheering for you and out on the course that helps so much.”

“Best race I’ve run at the Army Ten Miler,” said Sloane. “And actually probably the best ten miler I’ve ever run. This was a big race for me.”

An unseasonably warm and humid day had race organizers taking extra precautions this year, after so many runners got sick last year when it was even more steamy. And repeat runners, especially those who did get sick last year, were making adjustments.

Maura Lindee of Sykesville said she was going to be more conservative with her pace, while hydrating better through the first half.

“I definitely learned a lot last year,” she said.

So why come back?

“This is a really great course,” Sykesville said. “I love racing in D.C. It’s very competitive so it’s a really good opportunity to run fast, but also a really fun environment.”

Greg Mandeville, 64, of Cumberland, Rhode Island, echoed those sentiments, explaining why he has been running this for the last ten years.

“The challenge, the course, the athletes, the city, everything,” he said when asked what he liked about this particular race. “This is one of my favorite races.”