On the 17th anniversary of the deadly Sept. 11 terror attacks, members of D.C. Fire and EMS recall what the local response was like on that tragic day. See video.
Listen now to WTOP News WTOP.com | Alexa | Google Home | WTOP App | 103.5 FM

WASHINGTON — On the 17th anniversary of the deadly Sept. 11 terror attacks, members of D.C. Fire and EMS recall what the local response was like on that tragic day.

“I have goose bumps already because I get chills when I talk about it,” said firefighter technician Margie Dickey.

She shared the company’s journal from that day and highlighted an entry after the Pentagon had been attacked, showing the full list of firefighters who reported for duty.

“It was not their normal shift so this just shows them all coming in,” she said.

On the next page, written in red for a 7:32 p.m. entry, Dickey read the note aloud: “By order of President Bush, all flags to fly at half-staff until further notice.”

On that day, Dickey was not on her regular shift. “It was not my shift, but I was here working for another guy,” she said. “I was actually working at Engine 7 when the twin towers were hit, and when the plane initially came to the District of Columbia, it circled the Capitol building and then went down the Mall before it actually landed into the Pentagon.”

She said the first box assignment was dispatched for a plane heading toward the White House, and that she was initially on that assignment.

“When we got to the White House, obviously there was nothing there. The plane had gone on and a little bit later, we were informed that it had actually hit the Pentagon,” Dickey said.

“I had no idea what I was getting myself into,” said firefighter Kevin Pringle, who was a rookie at the time. “They loaded us on a Metrobus with gear and dropped us off at the Pentagon. You came across the Woodrow Wilson Bridge and you could see the black smoke and you could smell the jet fuel.”

His crew fought the blaze at the Pentagon from the roof. “I know it’s kind of weird, but you see a parking lot full of cars but the people on the inside that were killed aren’t coming back out to their cars. It’s just a lot of things going through your mind while you’re up there,” Pringle said.

Dickey was also at one of the assignments that was at the Pentagon that day. She was on the roof to help combat the fire inside the cockloft space.

“We were trying to get through the slate roof. That building is so old it still had horsehair insulation, so our assignment was to get through that so that we could attack the fire that was inside of the attic space of the Pentagon,” she said.

Dickey’s thoughts also went to the New York City firefighters and their families, saying that it wasn’t only the hundreds of firefighters killed in the line of duty that day. “But every year, since then, there’s been line-of-duty deaths for the firefighters that have suffered afterward,” she said. 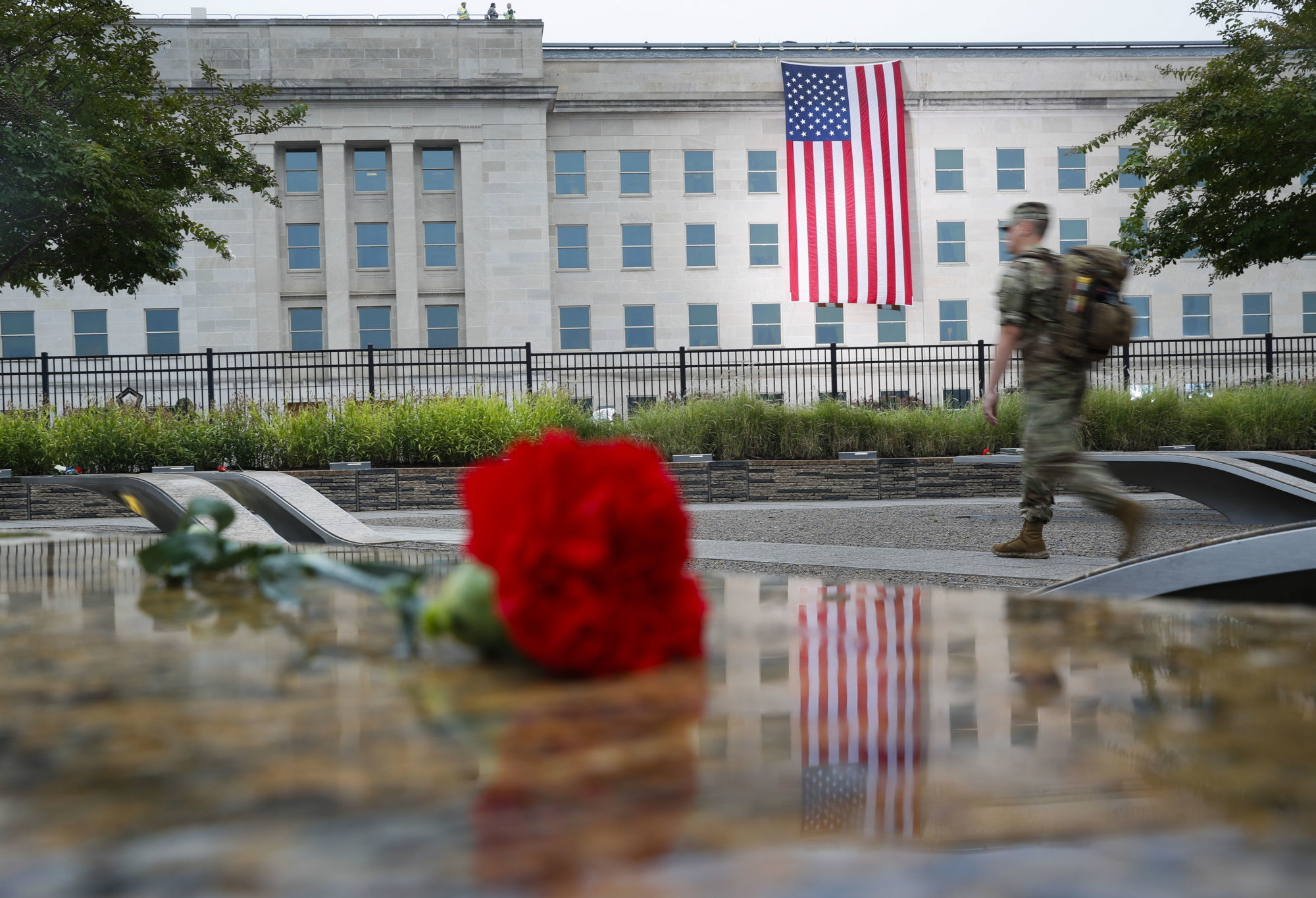 Americans commemorated the 17th anniversary of 9/11 with somber tributes Tuesday. Nearly 3,000 people died in the attacks on 9/11, when international terrorism hit home in a way it previously hadn’t for many Americans. See photos.