During an emotional vigil in Northwest D.C. Thursday, the mother of slain runner Wendy Martinez said she forgives the man who killed her daughter. Wendy will be buried in the dress she planned to wear at her upcoming wedding, the dress mother and daughter shopped for just last weekend.
Listen now to WTOP News WTOP.com | Alexa | Google Home | WTOP App | 103.5 FM
(1/7) 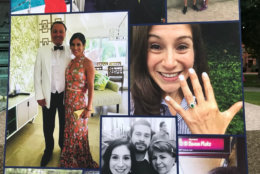 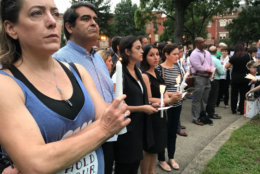 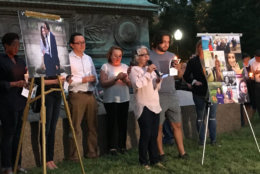 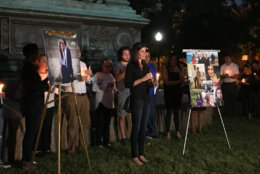 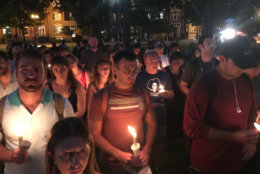 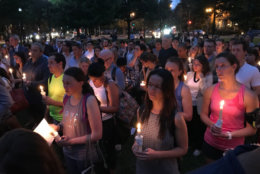 WASHINGTON — At a vigil Thursday to remember the woman who was stabbed to death while running in D.C.’s Logan Circle neighborhood, Wendy Martinez’s mother said, despite her pain, she forgives her daughter’s suspected killer.

Cora Martinez also told local media outlets her daughter, who became engaged just a week before her killing, will be buried in the dress she planned to wear at her upcoming wedding.

“My heart has been broken in a thousand pieces,” Cora Martinez told the crowd of people huddled near the statue in Logan Circle Thursday night, her voice rising with emotion. She added: “I forgive that man because I know it wasn’t him. It was somebody else. It was evil being incarnated in him, through him. Made him (act) like somebody else. So I forgive, and I let God do what He has to do.”

Anthony Crawford, 23, of D.C. was arrested on a charge of first-degree murder while armed in the killing. Police have called the crime an apparently random attack and they say they have no motive.

The vigil drew a crowd of people who wanted to remember the life of Martinez, who was fatally stabbed Sept. 18 near 11th and P Streets in Northwest D.C.

Organizers of the vigil set up easels with enlarged photos of Martinez. Mourners held glowing candles. Some people left flowers on the statue at the circle, and many people who attended wore workout gear.

At the vigil, Cora Martinez said the last seven days after her daughter became engaged were among the happiest of her life.

They were shopping for wedding dresses just last weekend, she said.

“When I saw my daughter … trying out her dress, I never imagined she was buying the dress for her burial,” Cora Martinez told NBC Washington.

“You were always great in showing us the best of ourselves,” he said. “And just giving us so much love and so much kindness that will stay with us forever. And you will always be with us.”

The gathering included a moment of silence for the victims of all of the recent tragedies in the city, and several speakers urged people not to give in to the negativity or live in fear.

Wendy’s brother Juan Carlos Martinez also spoke during the vigil, saying, “I don’t want anyone here to let this isolated incident … reflect on what the city really is. Continue to run. Continue to do your daily activities. Continue to live life because she would want it. I want it; my family wants it,” he said.

A Go Fund Me account set up to pay for Martinez’s funeral expenses and “invest in the organizations and issues that were near and dear to her heart” has already surpassed its $10,000 goal. 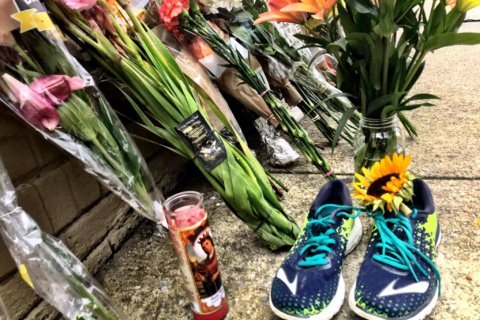