Arlington rape suspect in custody after barricade in DC home

A D.C. man suspected of raping a woman after answering an online ad was taken into custody after a 16-hour barricade.
Listen now to WTOP News WTOP.com | Alexa | Google Home | WTOP App | 103.5 FM

WASHINGTON — A 16-hour barricade in Northwest D.C. ended Thursday after a man suspected of rape was taken into custody.

Salodus Zeloter Hicks, 60, of D.C. is suspected of raping a woman after answering an online ad. Police released surveillance video on Sept. 21 of Hicks, who was not identified at that point.

Arlington County police and D.C. police responded to the 3300 block of Mt. Pleasant Street Northwest in D.C. at 9:15 p.m. Wednesday to execute a warrant for Hicks, who was wanted for rape in Arlington County, Virginia.

When officers arrived at the home, Hicks barricaded himself inside and threatened to hurt himself.

Madeleine Simon contributed to this report. 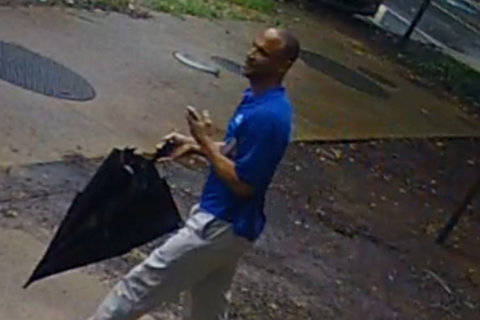