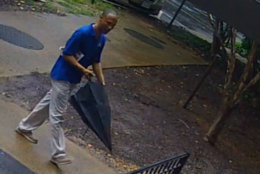 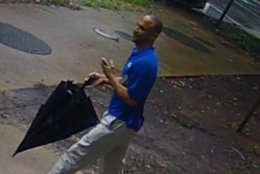 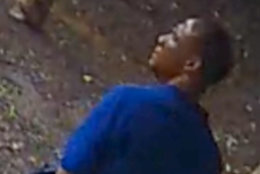 WASHINGTON — Police in Arlington County have released surveillance video of a man suspected of raping a woman after answering an online ad earlier this week.

Police said the man made contact with the woman through the online ad, showed up to 5500 Columbia Pike in Arlington and then assaulted and raped her when she showed up for the service they’d arranged.

The service mentioned in the online ad did not involve any criminal behavior and was not sexually based, but police are not releasing further details because it could identify the woman, said Ashley Savage, public information officer with the Arlington police.

“We do everything in our power to allow our victims to come forward and report information without fear of being publicly identified or possibly revictimized by the individual responsible,” Savage told WTOP.

See video of the suspect below:

The assault happened at about 2 p.m. and was reported to police at about 4 p.m.

The suspect captured on surveillance video is described as a black man about 60 years old, between 5 feet 10 inches and 6 feet tall with a medium build. He has dark, short, curly hair with some gray. He was wearing a bright blue shirt, khaki pants and tan shoes and was carrying an umbrella at the time, police said.

Savage said police believe the man targeted the woman based on the ad and that there is no broader threat to the community.

Anyone with information related to this investigation is asked to contact Detective P. Pena of the Arlington County Police Department’s Special Victims’ Unit at (703) 228-4183 or at ACPDSVU@arlingtonva.us. Information may also be provided anonymously through the Arlington County Crime Solvers hotline at 1-866-411-TIPS (8477). 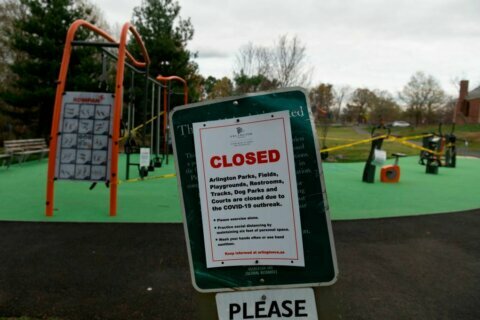