WASHINGTON — A D.C. firefighter was among those arrested for riding an ATV on D.C. streets last Sunday.

A D.C. Fire and EMS spokesman confirmed that Dearay Wilson is an employee of the the fire department and that he was arrested and placed on leave for participating in an ATV joyride through the streets of D.C. and Alexandria.

The 22-year-old was arrested on Sunday near the Gallery Place-Chinatown Metro, NBC Washington reported.

D.C. police said that at least three people have been arrested after more than 150 ATV riders swarmed the downtown area.

Riding or operating a mini bike, dirt bike or ATV anywhere in D.C. is illegal. Detectives have arrested three people in connection with the ride and are reviewing an array of videos and photos of the suspects involved “in this reckless behavior,” said D.C. police spokeswoman Alaina Gertz in a statement.

Videos posted by observers on YouTube and Twitter track the large group of ATV drivers from Arlington through Georgetown, into Logan Circle, to the District Wharf and through Southwest past the D.C. United stadium.

Police released more photos of the ATV riders on Wednesday. 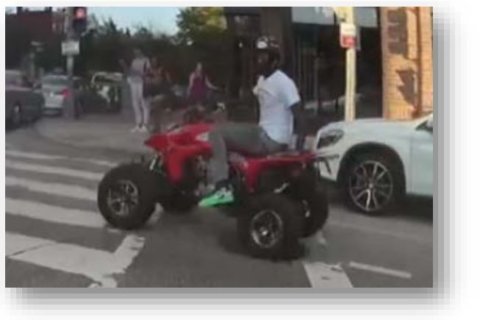 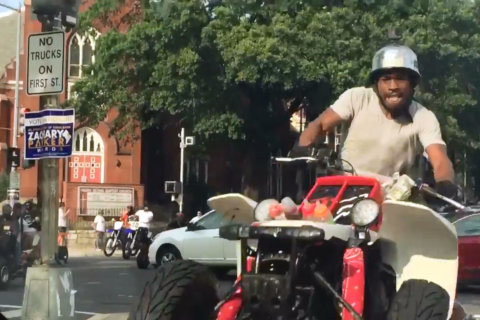 A dangerous ‘spectacle’: At least 3 of 150 ATV drivers arrested for Sunday ride