WASHINGTON — A motorcyclist and a teen scooter rider were killed in separate crashes in the District late Tuesday evening.

In the first crash, D.C. police said 15-year-old Dominique Antonio Lewis and another passenger were riding a scooter on 15th Place in Southeast D.C. when it collided with a car that had just pulled into the intersection of 15th Place and Shippen Lane.

Later on Tuesday, D.C. police said 30-year-old Jarrod Robert Bishop of Northeast D.C. was riding a motorcycle in the unit block of Hawaii Avenue Northeast when he struck a vehicle that had slowed down to make a left turn. Bishop’s motorcycle then struck a parked car and he was thrown from the motorcycle striking the pavement, police said.

Bishop was taken to a hospital where he died.

Police are still investigating both crashes.

Below is a map showing where the two crashes occurred: 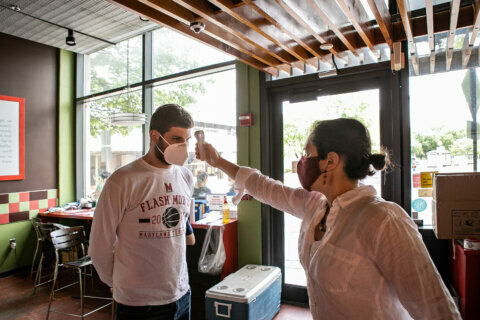