WASHINGTON — One of the world’s top-ranked competitive eaters was in Northwest D.C. on Tuesday to successfully defend her title at the ninth-annual Independence Burger Eating Championship at Z-Burger of Tenleytown.

Collecting first place and $1,500 in prize money was Molly Schuyler of Plumas Lake, California, who consumed 27 hamburgers in 10 minutes in grueling heat.

During the noon hour when the contest was held, temperatures were in the mid- to upper 90s, with a heat index pushing 110 degrees.

“I’m tired and I’m sweaty,” Schuyler said of the demanding conditions. “I’ve got to get inside, I’m dying. I’m going to fall over. Oh man.” 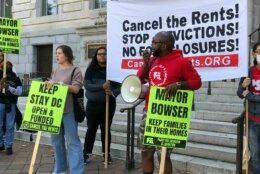 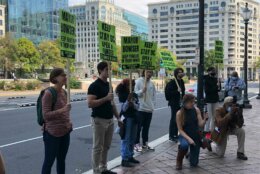 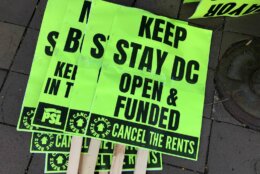 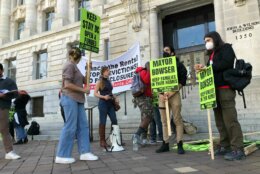 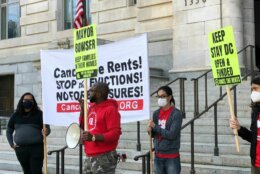 “You’re pushing your body to doing something it’s not supposed to be able to do,” she said. “Kind of like doing bodybuilding, where you’re trying to get your muscles bigger than heck. But you’re doing the same with your stomach muscles.”

Last year after Schuyler won the contest by eating 28 burgers, she asked for a milkshake, according to Z-Burger founder Peter Tabibian. He, too, considers competitive eating a sport: He distributed $4,000 in prize money to the top five contestants.

Coming in second place with 25 hamburgers eaten was Dan “Killer” Kennedy of West Decatur, Pennsylvania. Asked how he got into competitive eating, Kennedy explained it was a reward to himself for losing weight.

“I went through a weight loss journey, and I lost almost 200 pounds collectively, and to celebrate I did my first food challenge, and I did an omelet in like 16 minutes — it weighed 5 pounds. And I’m like, ‘I’m not so bad at it,'” Kennedy said.

What contestants consider a fun show of discipline and training, some others might find disgusting, but Schuyler disagrees.

“Everyone who thinks it’s gross, or I’m wasting food … I’m just like: ‘Man, if you go to a buffet or you go to Thanksgiving and you eat more than you should, you’re doing the exact same thing as I am, only I’m getting paid,” she observed with a laugh.

And, Z-Burger’s owner said contestants are getting a quality meal.

“We’ve got the best burgers in the world. We use a sirloin, chuck, short rib, brisket mix, and the bread is baked two times a day,” Tabibian said.

Admitting that the exposure is good for his burger joint, Tabibian also said the contest is a fun way to celebrate the Fourth of July and get involved with the community. 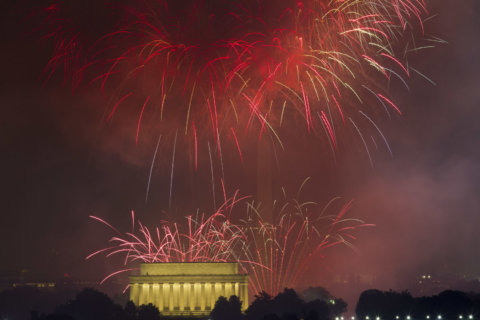 Celebrating July 4: What you need to know about road closures, parades and illegal fireworks