Road closures to continue through Monday for movie shoot in DC

The filming of a movie on the streets of D.C. will close roads in the area through Monday. While police won't confirm that it's for "Wonder Woman 2," Twitter is full of hints.
Listen now to WTOP News WTOP.com | Alexa | Google Home | WTOP App | 103.5 FM
(1/3) 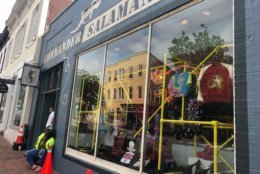 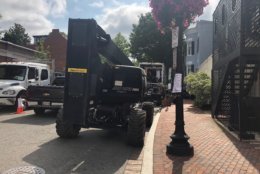 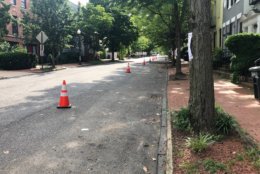 WASHINGTON — The filming of a movie on the streets of D.C. will close roads in the area through Monday.

The following streets will be closed until 5 a.m. Monday.

On Wednesday and Thursday, Wisconsin Avenue NW was closed in certain areas for the movie filming.

While D.C. Police Traffic could not confirm with WTOP the filming of “Wonder Woman 2” in Georgetown, they did take to Twitter with a hint:

I cant confirm anything but I hear it’s about a “Woman”. I Wonder who it could be🙀