WASHINGTON — A man is dead after being stabbed in Southwest D.C. Friday morning.

When they arrived, they found 57-year-old Rory Felton of Temple Hills, Maryland, inside a house. He was unconscious, unresponsive and suffering from multiple stab wounds.

He was pronounced dead at the scene.

Police do not have a suspect yet.

Below is a map of the area where the stabbing occurred.

WTOP’s William Vitka and Abigail Constantino contributed to this report. 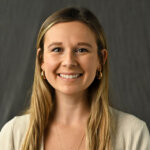